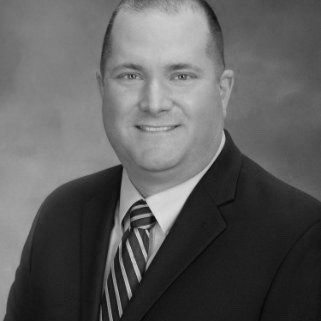 Geoff leads USAA's Bank Contact Centers, including both internal and third-party teams. This group of almost 2,000 USAA professionals and over 3,000 partners is responsible for providing our members award-winning sales and service experiences in credit card, deposit, and consumer lending across multiple channels including voice, chat and social. This team also provides specialized fraud, authentication and website support, and maintains a concierge service for members who have experienced identity theft. Geoff joined USAA in early 2015.

Prior to joining USAA, Geoff worked for Bank of America in various roles over 21 years. His experience has been both customer and technology-centric, with primary focuses on personalized interactions in contact centers, branches, digital channels, chat, social and email. In his final role at Bank of America, he led the retail contact centers for internal and third-party sites – both domestically and offshore.

Geoff has traveled extensively in his career having spent significant time in Asia, Latin America and Europe, and has lived throughout the United States. He is fluent in German, and is functional in Spanish, French & Japanese.

Geoff graduated from Michigan State University, and lives in Arizona.  He is proud to serve on the CCW Advisory Board alongside so many esteemed colleagues.   He also serves on the Board of Directors of the Valley of the Sun United Way, in addition as a board member of CARE, a San Antonio, Texas-based non-profit animal rescue organization.