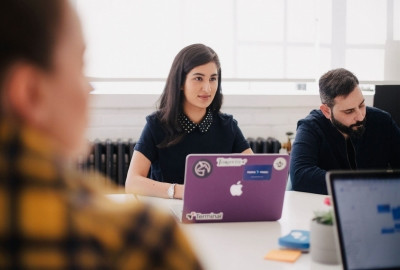 While much of the business world is still cottoning on to design thinking and how to integrate it into their existing CX strategy, retail is one industry that has abided by it from the outset. Retailers constantly observe shopper behavior, analyzing foot traffic using cameras and heatmaps, and pricing shelf space accordingly.

We interviewed seasoned retail expert, Ramy Nassar, who spoke recently at CX Week Canada in Toronto, to learn more about how to study your customer and use empathy for the better.

1. Use design thinking to get closer to your customer

Ramy Nassar is a professional people-watcher. In his work designing innovative retail experiences for CPG brands, much of his initial M.O. consists of roaming various big-box and department stores observing shopper behavior. 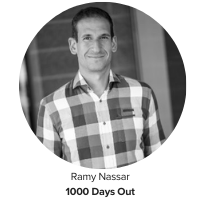 “I went to Toys R’ Us, Walmart and Target and asked if I could literally just hang out in the toy department and watch how people buy, watch what they get stuck with,” Nassar told CCW Digital. As the founder of CX consultancy 1000 Days Out, Nassar currently runs the retail innovation lab for Mattel, one of the largest toymakers in the world.

When he sees something unexpected, he’ll introduce himself and ask the customer why they picked a certain item, whom they’re shopping for, or what challenges they face with the purchase decision. Often, Nassar says, the answers shoppers give him are surprising or contrary to what the business presumes about their customers.

These buyers tend to have higher discretionary income but aren’t in tune with which toys, games and pop culture icons are trending among the youngest demographics.

When the customer is not the end user, it becomes even more important for companies to use design thinking principles to understand all the stakeholders involved in the purchase journey.

Design thinking is an iterative process in which we seek to understand the user challenge assumptions and identify alternative strategies and solutions that might not be instantly apparent. The process involves the following:

2. Create a great experience for your customer and your end user – even if they're not the same person

Toys are not the only industry where the person who makes the purchasing decision is not the end user; B2B enterprises, CPG companies and electronics manufacturers that aren’t direct-to-consumer face this same disconnect. But businesses can’t afford to ignore the middleman or cater solely to the buyer. Instead, they need to create what Nassar calls “multidimensional value propositions.”

Case in point: there’s a term in the toy industry called “independent play.” “That’s a time where you can keep your kids busy and you don’t have to watch them,” said Nassar.

Research shows the biggest toy opening day of the year isn’t Christmas but Super Bowl Sunday. Why? Because parents buy their children toys for independent play so they can watch the football game in peace.

Nassar said toymakers take this into account when they do promotions and packaging for new toys launching during Super Bowl Season, where taglines like “hours of play” are aimed at both the customer and the end user.

“Customer centricity is about understanding what’s driving that buyer’s behavior and designing solutions that fit that buying behavior.”

3. If you're a brick-and-mortar retailer, focus on creating an experience

After declaring bankruptcy in 2017, Toys R' Us announced its comeback less than a year later, doing away with the big-box format in favor of smaller stores with more play areas and event spaces. The move highlights a larger trend in retail that the only way for physical retailers not to lose foot traffic to ecommerce is through unique in-store experiences.

While pop-up stores and experiential marketing are often hyped as the most effective way for retailers to attract shoppers back into their stores, Nassar says that while pop-ups have value, they die quickly. Before jumping on a retail trend, consider the business objective you’re trying to achieve. A pop-up store isn’t the best strategy for inspiring customer loyalty.

“If you’re trying to create customer acquisition or get customers to understand your new brand or offering, that’s where they really splashy experiences work well,” he says.

In the real world, customer loyalty is tough to measure. However, in their quest to measure everything to please their shareholders, businesses create oversimplified methods to gauge complicated concepts like loyalty, customer satisfaction and customer lifetime value.

Only now are some of the more traditional metrics like NPS and first-call resolutions are being challenged. Customer loyalty, says Nassar, is a concept that has been “beaten to death” and become synonymous with points and discounts.

“How many more point cards do you want in your wallet? How many more email lists are you willing to subscribe to just to get a discount? Is that loyalty? I don’t think it is.”

Recently, airline loyalty programs have been derided as elitist, resulting in an even poorer service experience and the gradual stripping away of once implicit amenities for the non card-holding riffraff.

Instead of fixating on these measurable proxies, for loyalty, businesses should take note of customer behaviors that indicate loyalty, such as a willingness to pay more for a premium product, consistently choosing one brand over a competitor brand, or recommending a brand through word-of-mouth.