The #1 Event for CX Professionals 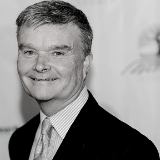 Duncan Wallace made his first outbound telemarketing call in May 1980 – it was terrible. Thankfully he improved to occupy executive positions globally both as a gamekeeper with major corporates such as AIG, British Telecom, Guardian Royal Exchange & Telstra and as a poacher with major BPO’s including Merchants and TRG. In 2010 he joined InterGlobal Management Group and is the Principal responsible for all operations.

He now works closely with the industry association and the Mandela Legacy Foundation to help skills upliftment across the youth sector particularly in the growing digital sectors.

12:00 A Digital World: The Upskilling of South Africa’s Youth

+ Provide guidance and opportunity, through digital skills enrichment and cutting-edge training curriculums
+ Why the Contact Center Services sector is generating jobs to address the growing youth unemployment problem - in the shortest possible time
+ How South Africa has embraced digital transformation through the growth of automation and its associated technologies

Check out the incredible speaker line-up to see who will be joining Duncan.