We're heading back to Nashville! 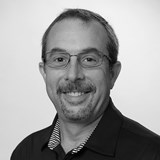 Previously Mike worked at TradeGlobal, where he had responsibility for all contact center reporting, voice analytics and payroll. He joined TradeGlobal team as an agent in March of 2006, and held a variety of positions within the organization.  He moved to the training department in July of 2006, redesigned the training program, and helped launch several new clients.  After training, Mike also held positions as a team supervisor and department manager.  From there, he became the Training Manager and took over the supervision of the QA group.  He built the team from one trainer to four and expanded the Quality Assurance department from one specialist to eight. Following the addition of CallMiner’s Eureka voice analytics platform, Mike created the role of Business Intelligence Manager and following the acquisition of Tradeglobal by Singapore Post, was promoted to Director of Business Analytics where he oversaw reporting, payroll, and voice analytics.