I sat down in a conference room the other day to interview Carl Smit and began firing off detailed questions, just so i could see how he would react or what stories he would tell. I’d conducted a great deal of research on him and knew his experiences and insights wouldn’t disappoint my curiosity. In one way or another, Smit managed to revert every question I asked on marketing strategies and retail experiences (whether it be brick-and-mortar or ecommerce) back to one word: omnichannel.

The Leading Contact Centre Event in the Southern Hemisphere

This interview was originally posted by CCW Digital. 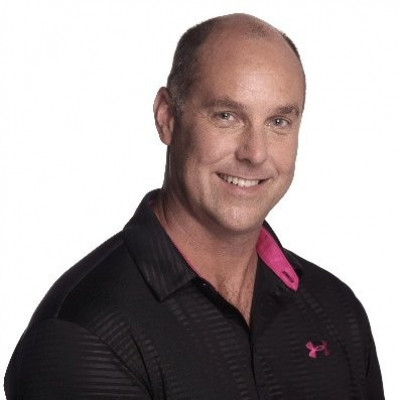 I recently had the chance to interview legendary marketing and consumer experience guru Carl Smit, who is the former Vice President of Retail Marketing at Under Armour and Retail Experience at Verizon, as well as the man behind the retail launch for the iPhone 6 at Apple. With over twenty years of leadership experience at the highest level, Smit is a world-class expert in international business, specifically, retail, wholesale, consumer goods, digital marketing, customer experience strategy, you name it. Oh, and he was also a Navy Seal Lieutenant for five years.

Now Smit resides in Annapolis, MD, and works as an independent consultant on omnichannel strategies and consumer goods all over the country. To put it simply, the man is a human Swiss Army knife.

My first question: “You had a number of roles at Apple, ranging from Senior Product Manager for the iPod in 2005 to managing all of the strategic touch points of the iPhone  for Apple retail in China, and then worldwide in more recent years. How did you expand on or use different touch points to enhance the consumer experience.”

Without meaning to, I practically stated what was meant to be a question, as if to tell him “I don’t want to take up too much of your time. So let’s see what you got.”

“Maybe that’s app tweaks, communication silos, in-store technology,” I added, hoping to pry out as many  insights from his experiences that i possibly could within a 30-minute time span. 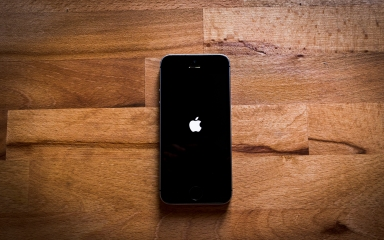 He started to reply in a friendly and casual manner, as if to assure me he wasn’t in a rush.

“[Internationally], We struggled with a lot of challenges. There was a whole grey market problem… People were buying iPhones in other countries and bringing them to countries that didn’t have the iPhone yet.'

“That brought a seeding element… People were literally being held at knifepoint to buy iPhones as we tried to restrict access and verify identification and limit purchases per customer. We tried different appointment systems, personal shopping appointments, making reservations. The buy-online pick-up-in-store strategy became very popular in the U.S. when people wanted to make sure the phone was in stock before they made the effort to come in,” referring to Apple’s inventory challenges.

“As part of that, we came up with the ‘easy-pay-for-customer system.’ Accessories were taking a lot of time. So customers could now scan via the apple retail app. They didn’t even need help from an employee. We also worked through genius bar [Apple’s in-store concierge-style customer service]. We were somewhat approaching ninety percent of the worldwide Mac repairs. And a lot of it was using the digital tools in the omnichannel experience… A lot of it went from how can you transact more efficiently to how can you speed up the transaction,” he told me, snapping his fingers to drive home the point. Smit hit every phase of my question while circling back to the joke that started his answer, getting customers out of the store.

As Apple accessory products were breaking down, so too were their retail stores. Keeping up with constant international product launches (and along with it, product repairs), as well as speeding up average in-store customer transaction times, Apple emphasized corporate management’s agility to meet technology retail’s service demand at the highest level. Over the years Apple retail has become comfortable living in constant crisis mode (harsh product development deadlines, inventory fluctuation, and chaotic stores/wait times) because it has implemented the right strategic digital tools throughout different touch points, defining the omnichannel experience.

But the point of omnichannel strategies and digital tools (like genius bar for optimal concierge-style customer support or D2C easy-pay-for-customer) isn’t merely to file customers in and out of stores or websites at record breaking speeds. A brand needs to make a lasting impression in their interactions before they eagerly debit transactions. So I started to shift the conversation towards personalizing the consumer experience and some of the different touch points that come with it.

“As the VP of Retail Marketing at Under Armour, from a strategic perspective, how did you personalize the retail customer experience or create a better journey map through account-based marketing?”

He started to talk to me about some of the challenges that Under Armour faced over the past few years. The majority of their total sales were through wholesale. Dumping out massive quantities of high end products to lower end wholesalers like Marshalls isn’t exactly ideal for a brand trying to increase their pricing strategy, or reputation for that matter.

“We didn’t have any consistency with how Under Armour was showing up across different channels,” referring to marketing struggles and inconsistent consumer brand perception.

“When I took over, I think we had 17 different fixture packages [a data archive] across 50 or 60 different wholesale accounts. Even the imagery, the language we were using to describe products was very inconsistent. And we didn’t have a very good training platform for our wholesale partners. In wholesale, when you got Nike on one side, and Adidas on another… you really need to be able to distinctly explain why your product might cost more.” He’s referring to Under Armour front line employees in wholesale chains being able to sell a product. 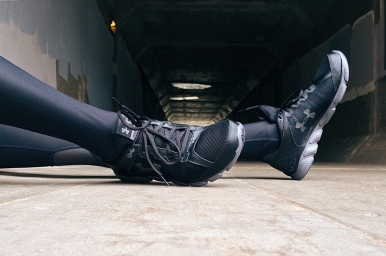 When Smit took over Under Armour retail, the brand was six percent international and growing rapidly but largely through third-party partners, “who didn’t know how to bring the brand to life,” described Smit. They still didn’t have consistent marketing messaging, organized accounts and data management, or training programs for customer service and front line employees.

“We built a standard fixture package, purchased a digital asset management system, and then landed on the consistency of explaining cold gear and feet gear, and who the athletes are of the season… If you have one [prototyped athlete for each season], who is it, and then two, three, four, and so on.” This was the method in the back of Under Armour's mind whenever they developed a product and planned it's marketing campaign.

“Then we built an asset kit for international markets, understanding that American football may not be relevant in Japan. But baseball is… And basketball may be the hero product in China,” Smit said, rambling, yet still making perfect sense.

He paused for a couple seconds, as if he was trying to remember where he placed his car keys. “And then on the direct sales,” he began as you could hear the passion in his voice, “which I would say is a huuuge piece that most retailers are missing, is the human element.”

“We launched a brand ambassadorship program,” which brought a “twenty to thirty percent sales increase ...They were interacting with customers on behalf of our wholesale accounts. All of Sporting Goods at the time was running a little lean on their labor so they were very appreciative for the help,” as if it was that smooth.

As we discussed the in-store and digital advantages of using brand ambassador programs, we started to talk about the blurred lines between digital and brick-and mortar retail which had come about from technology and AI. I asked him how Under Armour remains competitive in a retail industry dominated by digital ecommerce, Amazon same-day shipping, and creepily personalized target marketing.

“What we were trying to do was build a loyalty program so that it didn’t matter where you bought Under Armour, you were rewarded for the purchase. The challenge was sharing data with our wholesale partners. [In a $150 million acquisition] We had just bought MapMyFitness [GPS fitness tracker], so customers could get loyalty points through MapMyFitness [and collect customer data through another medium] just like your seeing with Amazon and Whole Foods with a barcode that you can scan,” and metrics they could record.

“I think that is one of the biggest opportunities, blurring the lines through retail and e-tail through the omnichannel experience.”

We continued the discussion on some of the common digital pain points experience within the retail industry, as well as the contact industry (customer service and sales alike) during his short time as the VP of Retail Experience at Verizon. I knew that he only worked at Verizon for less than two years so I asked him about some of the challenges Verizon was facing, assuming his decision to leave after nearly two years might be correlated with Verizon’s challenges or culture.

He told me that their customer transaction time was long. Unlike Apple, Verizon shoppers spent over 45 minutes throughout the shopping experience. But there was a bigger problem. 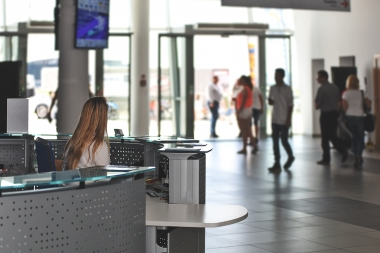 “They had a very aggressive sales culture. It was a commission culture where top employees are making six-digit salaries in retail, because of the commission. The challenge, they’re not hunting as a team. It was very individual driven.”

He brings up a common problem in a wide variety of industries (retail being one) across sales and customer service departments alike. “There were bad behaviors of the best sales reps, watching and waiting, looking at the line and seeing if that customer looked like they were coming in with a problem or they were coming in to buy, and slowing their current transaction time down or speeding it up based on what they predicted their next transaction to be.”

Return to Blog
We use cookies and similar technologies to recognize your visits and preferences, as well as to measure the effectiveness of campaigns and analyze traffic.
To learn more about cookies, including how to disable them, view our Cookie Policy