How Brand Marketers Are Responding To Coronavirus

Less than 10 weeks after China alerted the World Health Organization to several cases of “unusual pneumonia” in Wuhan on December 31, 2019, the stock market faced its worst week since the 2008 financial crisis.

Fast forward to March 24th, 2020, and a recession is looming, as financial analysts and consumer behaviorists are deeming everlasting changes in CX practices.

However, during times of seemingly unprecedented uncertainty, opportunities are presented for leaders to demonstrate value.

For example, a few customer-centric startup ideas founded in the last recession (07-10) include Uber, Airbnb, Venmo, Slack, Pinterest, WhatsApp, Square and more. As needs shift and customers encounter new (digital) demands, the next wave of ideas are coming.

But for those who have already proven successful in the previous decade, they’re not waiting for the next wave of ideas to cure the pandemonium. They’re destined to prove their value to their customers, today.

Here’s a few of our highlights found in an AdAge report.

You don’t need to bury your head in The Wall Street Journal or CCW Digital to know that coronavirus has sent shockwaves through the market, with some industries shedding jobs and others, doubling down on them.

Hormel Foods says it is paying more than $4 million in special cash bonus to the workers in its plants who are busy producing food.

Kroger announced two days ago that it’s giving bonuses of $150 to part-time workers and $300 for full-time workers hired before March 1st.

Walmart plans to hire 150,000 workers primarily for distribution and fulfillment centers, significantly upping the ante of Amazon, who has announced 100,000 new hires as well.

Walmart has also offered hourly associates last week, plus acceleration of first-quarter bonuses by a month. Their bonus program alone will amount to a $550 million outlay, not counting the impact of new hires.

The concept of rising to challenges during harsh financial times sets industry standards that employees and customers value, and want to be a part of in the future to come.

Popeyes tries a ‘fried chicken and chill’ approach on Twitter 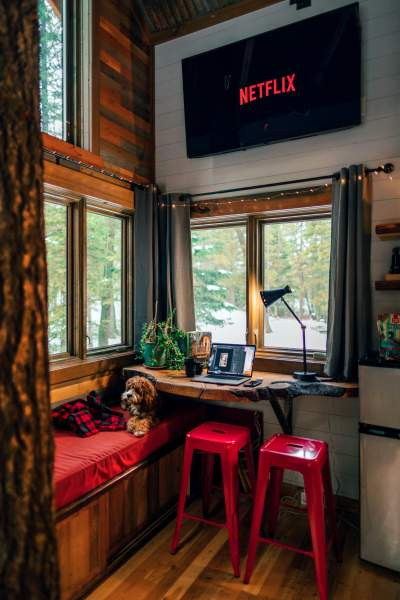 Popeyes Louisiana Kitchen says it’s giving its Netflix username and password to fans in a socially-driven campaign “from [the] Gut,” as AdAge described.

“The chain wants to remind people that it treats its customers like family. And families, as we all know, share streaming service passwords.”

But like any appealing offer, there’s a Marketing catch. The first 1,000 people who post photos of themselves on Twitter with the hashtag #ThatPasswordFromPopeyes get access, exemplifying digital marketing opportunities brought about by a surge in remote working and streaming service uptick.

Popeyes, like many other major U.S. chains, continues to offer (faceless) delivery, pickup and drive-thru services to accommodate customers who may have limited access to food delivery.

In the digital age of remote working, virtual solutions have also been on the rise. The events industry is no exception. Plenty of homegrown heroes and pop stars have performed virtual concerts during the coronavirus outbreak. Now Bud Light is joining the action.

Owen performed from his house and streamed the virtual concert on his Instagram Live page. It carried another untraditional, innovative branding approach; with a pinned message saying, “Live at the @budlight Dive Bar Tour: House Edition: Come have some beers and hang with us,” virtually, of course. 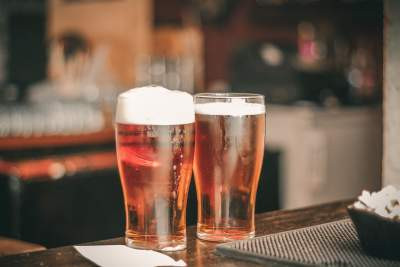 Miller Lite today tweeted an image of a desolate drinking hole as part of a new campaign called  “#VirtualTipJar,” aimed at raising money for bartenders that have been sidelined during the pandemonium.

Consumer behavior trends are emphasizing ethical corporate practices now more than ever. Customers remain loyal to brands that are serving their communities and delivering commendable solutions, whether that’s to their customers, or their employees. Because It’s Miller Time.

“Where’s Fauci?” was trending on Twitter yesterday when the expert U.S. medical official was missing from the White House’s daily COVID-19 briefing. Then, Anthony Fauci, the director of the National Institute of Allergies and Infectious Diseases, showed up on Facebook later that night in a livestreaming interview with Facebook CEO, Mark Zuckerberg.

Fauci wasn’t in hiding. He had a nearly hour-long question-and-answer session with Zuckerberg, reaching over 170,000 Facebook consumers.

Fauci discussed everything from developing a vaccine to his forecast for how long the U.S. will have to continue to “shelter in place.”

“At the fastest we can go it is going to take a year, year and a half,” Fauci said, regarding a COVID-19 vaccine.

For Facebook, it was a time to highlight its information services capabilities, providing more credible information than some of what’s been trending on Facebook, or any social media outlet for that matter. Through new AI and SEO generated algorithms, Facebook, along with Google, Reddit, Twitter and Snapchat, have begun clipping links to official health sources at the top of their platforms.

Facebook has also been promoting the power of live streaming video as a way to share personal stories as people interact remotely, a consumer behavior trend that has now become an everyday part of our lives.

We’re “here for you,” says Snapchat

Snapchat’s slogan is “Life is more fun when you live in the moment.” That slogan couldn’t be less relevant when the moment we’re living in is a disastrous pandemic.

With the stress and anxiety people are feeling over coronavirus, Snapchat is expediting its “Here For You” campaign. First announced in February for an early April launch, Snapchat’s “Here For You” feature provides users resources when they search for topics related to mental health, such as anxiety, depression, stress and more.

The resources are provided by health partners including: Active Minds, Because of You, Crisis Text Line and Seize the Awkward in the US and Young Minds, The Samaritans and Diana Award in the UK. A section of “Here For You” will be devoted to the coronavirus and will share updates from the World Health Organization, Centers of Disease Control and Prevention, Crisis Text Line, National Health Service and more. Snapchat has also launched a nationwide filter with advice on how to stay safe.

-Microsoft confirms it will continue to pay “all our vendor hourly service providers” regular wages even if their hours have been reduced.

-Adobe is offering free distance learning for schools that have been impacted by coronavirus through May 31st.

-Bank of America, Goldman Sachs, Bank of New York Mellon, Citigroup, JP Morgan Chase, Morgan Stanley, State Street, and Wells Fargo have stopped all stock buybacks for the 2nd quarter in order to maintain their solvency and liquidity for customers during the outbreak.

-Dallas Mavericks owner Mark Cuban has vowed to find a way to pay the hourly wages of arena workers during the NBA cancellation. Zion Williamson and other professional athletes have been covering the wages of stadium employees, establishing a credible reputation for not only the NBA, but their greatest individual assets, the players.

-Delta’s CEO is forgoing his salary for the year to try and diminish layoffs.

-Giant, Whole Foods, Target, and Dollar General have created “senior-only” shopping hours, to allow those most at risk from coronavirus to shop separately.

Interested in Learning More? Join Our Showcase Page On Linkedin! 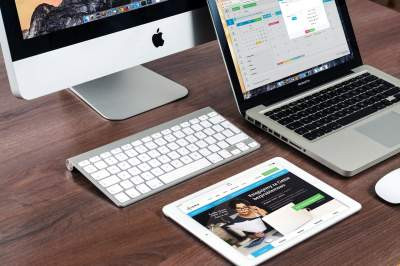 What Is Experiential Marketing And Why Does It Matter Now More Than Ever?
2020-05-05
By Matt Wujciak
< >