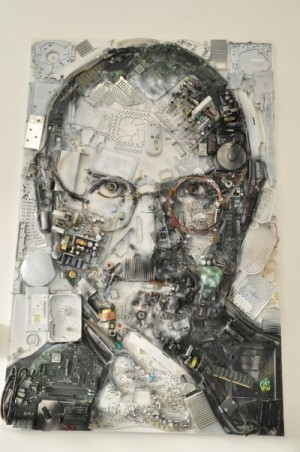 In Malcolm Gladwell’s #1 national bestseller Outliers, he presented a list of the 75 wealthiest people in the history of the world. Of the 75, 14 of the people on the list (a whopping 20%) were born in the United States within a single 9-year span. The idea of this study is that individuals are a product of the environment, society, and time period they are born in. In this case, he is giving light to the fact that some of the most financially successful years in history came during a period in the U.S. that saw the rapid growth of the industrial manufacturing age and the emergence of Wall Street.

Now, with the exponential growth of technology, AI, and predictive analytics, many world-class CEO’s and billionaire entrepreneurs are making similar claims about the world you’re living in today. Here are a few who have seen their technology predictions come to fruition.

"The next stage is going to be computers as 'agents,'" he said in a 1984 interview with Newsweek's Access Magazine published by The Daily Beast. "In other words, it will be as if there's a little person inside that box who starts to anticipate what you want. Rather than help you, it will start to guide you through large amounts of information. It will almost be like you have a little friend inside that box." 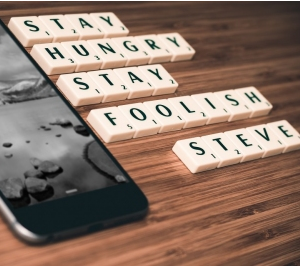 In 84’ Jobs predicted the rise of bot technology. Today, we see this concept being executed every time a bot, whether its Alexa, Siri, an Amazon chabot on their homepage, or automated Facebook messenger ads, utilize data to personalize messages, ads, or recommendations.

Jobs and Bill Gates had similar predictions. However, the two were very different in their way of thinking. Jobs spent his youth designing computers in his garage, engineering technology ideas (not necessarily technical execution), and “hustling” so to speak. He never learned code. Gates, on the other hand, spent countless hours as a child exploring the new science of computing in an era where access to such technology was rare. In 1999, Bill Gates wrote a book titled Business @ the Speed of Thought. Gates' prediction in the novel stated AI automation’s impact on personalized information for everyday life.

"'Personal companions will be developed. They will connect and sync all your devices in a smart way, whether they are at home or in the office, and allow them to exchange data. The device will check your email or notifications, and present the information that you need.”

Whether it’s navigating data silos in a corporate setting or utilizing voice assistants for personalized shopping recommendations, Gates used the term “personal companions” that will “connect and sync all your devices” to predict the use of AI in cloud computing and data transformation in real time, just like Microsoft does today.

In the novel, Gates also predicted the rise of social media forums when he stated "Private websites for your friends and family will be common, allowing you to chat and plan for events." Facebook, the world’s wealthiest and most frequently used social media platform, went public 13 years later.

Although his net worth isn’t quite as impressive as the peak of Bill Gates or Steve Jobs, the modern day face of entrepreneurship, Gary Vee, contributes his humble 160-million-dollar net worth to his individual investments. After being the first successful entrepreneur to regularly utilize YouTube for marketing and customer service practices (for a wine e-commerce business… the first ever), he used much of his earned capital to invest into Facebook, Snapchat, Venmo, and Uber in their earlier years. 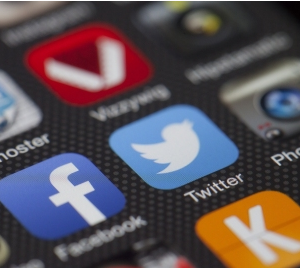 However, he’s currently seeing one of his latest predictive practices come into fruition as we speak.  Nine years ago (a year before Facebook went public), he stated, "I don't know how you can justify leaving any engagement behind in the social Web of 2011," Vaynerchuk told entrepreneurs at the Inc. 500|5000 Conference in Washington, D.C.

Your followers are your customers, he says. "These are the people who put cash in your wallet, and we are leaving these engagements on the table. It blows my mind." Leaving a comment unattended to is like letting the phone ring. Today we are beginning to see entire departments dedicated to not only social media as a part of traditional digital marketing, but customer service teams as well.

The Outliers (as Gladwell calls the world’s most successful individuals) in business are the ones who are able to predict consumer behavior and technology trends in order to educate their lucrative investments, similar to the way an analyst strategically evaluates the stock market.

Tune in to our live event, The Contact Center of 2025, on December 3rd and 4th to get ahead of competitors and introduce yourself to analysts’ predictions and upcoming cutting-edge technology trends at our complimentary online summit. Everyone knows the right questions to ask in customer centricity, but fewer analysts know the answers than CCW’s world-class experts and contributors.