In the past few years, Customer Experience has taken off as its own discipline. If you’re reading this, you probably already know that. It’s successfully earned a seat at the C-level suite with the (now commonly accepted) position “CXO” (or Chief Experience Officer), taken over a chunk of other departments to create its own (i.e. data strategy, digital marketing, and customer service), and is even being offered as a separate field of study in some of the best universities around the globe.

But if you ask 100 CEOs what Customer Experience (CX) is or how their brand is delivering it, you won’t get the same answer twice. However, what you will get is different interpretations on how to bring customer’s value (CV).

So how do we bring consumers more value? Do we hire more employees? Do we spend more on ad campaigns? Do we train client-facing employees on how to ask customers “how are you?” 10 different ways?

None of the above. The greatest way to bring customers more value and enhance CX is through feedback (or data aggregation). And the tools you need are right under your nose. In the near future, the vast majority of business decisions will come from the voice of the customer (VoC) leveraging social omnichannel mediums (i.e. qualtrics surveys, chatbots, review forums, twitter analytics, blogging traffic, and everything in between). Utilizing social media engagement tools (not merely to speak, but to listen) through an emphasis on VoC will become increasingly important.

Here’s one quick real-world example from a recent conversation I had with Adidas Golf President, Jeff Lienhart.

“We’re in the process of launching a brand new footwear style… We’re on the ground with experiential activations, included with assets like our tour-players. We’re getting that content and then the content [based on demographics and geo-targeting] will be used throughout the spring to bring life to the product and sentiment around that product.”

“…so we’re able to take instant consumer feedback [on product-based content by consumers] and address it [through tweaks and upgrades] in a more timely manner.”

The rise of “Micro-Influencers” 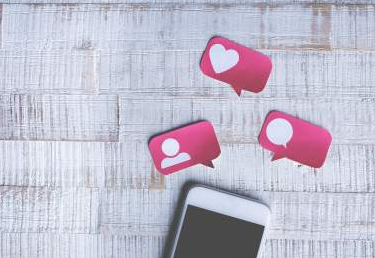 The nature of social media content is shifting back to becoming authentic, and posted more frequently making it easier for like-minded individuals to engage with each other, rather than fish for likes (because there will be none).

As a result, users will engage with social accounts that they actually like, rather than “liking” or engaging with a piece of content in order to visibly associate themselves with a brand, influencer, or piece of content. Those (now more genuine) nuggets of engagement will be factored into social algorithms and tailored for specified users, similar to the way a search engine works.

In terms of these micro-influencers, social media marketing will be more about conversion rates and percentages (i.e. “I’m an Adidas brand ambassador and only have a small number of followers but the majority of them buy my products”) rather than sheer volume of numbers (“I’m an Adidas brand ambassador and have 100k followers but only 10 buy my products”). This means influencers that have a smaller tribe but can show more conversion results with brand sponsorships have an advantage in the new era of social media marketing.

As personalized social media analytics become more actionable, both consumers and brands will benefit. Micro-influencers are just one example of how social media marketing is shifting back towards genuity.

As Chris Vetrano (Lyft Social Media Lead and CX Program Manager) recently told me, “There are [now] over 65 social channels and applications,” that brands are telling a story on.

Now TikTok (which allows users to create and share 15-second video clips) is the No. 1 non-gaming iOS app in the U.S, Business Insider reported in September.

TikTok is one of the most popular social networks among American teens (two-thirds of the app’s users are reported to be under 30), and has 1.5 billion total users (making it an emerging hotbed for digital marketers targeting Gen Z consumers).

Read More: 2020 Marketing Trend You Can't Ignore (Even Though You Might Want To)

Chipotle, for example, (with a Gen-Z and Millennial target market) has decided to capitalize on the platform in a way no other foodservice brand has yet to do—with an official TikTok account with multiple campaigns (which now boasts well over 2 million likes and 212,000 followers). Their TikTok tagline is “Less Tok, More Guac,” and they even created a viral  #GuacDance challenge with different incentives and rewards (letting their customers do the marketing for them).

The NBA has also been benefiting from the light-hearted approach that the platform provides. By doubling down on their greatest assets (their players), they have been showing more personality throughout the league. For example, they'll often post videos of players bickering, working out dramatically to music, dancing on the court, or adventures of team mascots.

Their social media marketing department mixes in-game highlights with music montages and inspirational quotes/interviews, like RJ Barrett reflecting on being drafted by the Knicks. While you might expect the NBA to focus more seriously on stats and solely game footage, it uses the app's musical features to lighten up the branding, helping fans (or customers) relate to the league more effectively.

Customer-centric brands are beginning to place a greater emphasis on personality through mediums like TikTok, generating higher engagement with their target market.

Going off of that point, technology, when used correctly, can actually enhance human relationships and express personality. Like it or not, social media has forced professionals to be aware of what they post personally.

That being said, expect that there will be more internal conflict for social media users who are uncomfortable with the blending of their personal and professional lives.

Marketers must recognize it may change the behaviors of people online, or even drive some people away from social media, and act accordingly.

Here’s one quick example of a brand that did it right (as told by Dan Gingiss, bestselling author and former social media leader at Discover and McDonald’s):

“At Discover, we had one of my favorite examples. A guy tweeted at us and was complaining that he was getting too much junk mail from us. And he basically said ‘hey, I've gotten three applications for the same card. Are you guys persistent or just uncoordinated?’ And our agent responded back and said ‘wow we must really want you as a customer,’ and then gave him instructions on how to get off of the list. And I loved that response, because it’s just a tiny bit snarky, but it’s not rude. It’s just got a little friendliness but a little snark. So this guy writes back, and he says ‘okay, I’ll bite, just because of your answer #greatcustomerservice.’”

Interested in Learning More? Join Our Showcase Page On Linkedin!