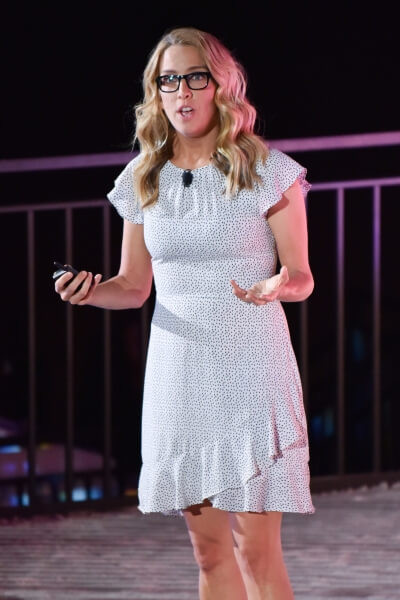 Needless to say, trust in tech companies has eroded after a slew of scandals like the alleged Russian interference in the 2016 US presidential election, data breaches and labor infractions. The hashtag #DeleteFacebook is trending again after Facebook refused to verify political ads on its platform, and a proliferation of studies highlight the link between social media usage and increased anxiety and depression.

When Pinterest CMO Andréa Mallard was headhunted for the position a year ago, she was apprehensive about working for a tech company. She decided on three values that mattered to her most – inspiration, courage and innovation – and she believes Pinterest embodies all three of those things.

Here are the three values Mallard thinks all tech companies should have.

1. Tech companies should be a source of inspiration

Pinterest bills itself “the world’s number-one inspiration company.” Users can visually share and discover new interests by “pinning” images or videos to their own or other’s boards and browsing what other users have pinned. Think of it is a cyber vision board. The goal is to “connect everyone in the world through the things they find useful.”

The most marked difference to other, more mainstream social media platforms like Instagram, Twitter and Facebook, is that users share the things, people and places they find inspirational. They don’t post pictures of themselves to curate a virtual representation of having the seemingly “perfect” life, which leads to the “comparison trap” and susceptibility to anxiety and depression. Instead, the point is to empower people to visually plan the life they want by discovering new things.

Read more: American Express on Why You Should Focus on Selling Value, Not a Product

“It could be big; it could be renovating a home, planning a wedding or customizing a surfboard for an epic, endless summer or round-the-world trip,” Mallard said at AdWeek New York. “Or, it could be small; it could trying your hand at backyard beekeeping, getting your kids to eat cauliflower or nailing the perfect interview outfit.”

Given the nature of the platform as a place where people search for ideas, visual prompts and recommendations from other pinners, ads are served up naturally as content. More than eight out of ten people have discovered a new brand on Pinterest and bought something from them, and nine out of ten report that Pinterest is a positive platform, according to a study the company commissioned from an independent research firm.

In an oversaturated cyberspace where consumers are “banner-blind” and resentful of social media advertising, a social networking platform that inspires positivity and ads that don’t intrude are a novel concept. Ads help users find useful recommendations for recipes, furniture, new hobbies, vacation destinations and fashion.

“I really believe the age of interruption is over,” said Mallard. “In order to stand out on Pinterest you actually have to fit in. You have to give people what they’re looking for in ways that are better than everyone else.”

This fall, Pinterest is launching a more brand-forward business profile that enables brands to showcase their featured collections free of charge. Intriguingly, it’s a low-cost way for brands to personalize their product offerings. When a Pinterest user visits a brand’s page, there’s a dedicated ‘Just For You’ section that algorithmically selects the products and visuals that user is likely to be interested in based on their past activity.

2. Tech companies should have values

Given the massive global user bases they command and the power they have to spread viral content, tech companies need to take an ethical stance with their content policies. “Choice like not serving political campaign ads – especially misleading ones. Pinterest doesn’t,” said Mallard.

The platform also bans clickbait-style visuals or captions and does not allow miracle weight loss ads. According to Pinterest’s guidelines, advertisers can’t target anyone under 18, nor can they target audiences based on a sensitive health or medical condition, their race, color or ethnic origin, or negative financial status. Using alarmist or gawkworthy language is forbidden. 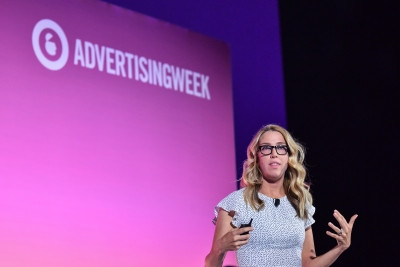 “We’ve been very deliberate about not allowing any kind of advertising on the platform that will do the opposite of inspiring – that will confuse, mislead or frighten,” said Mallard, who joined Pinterest in November last year.

Read more: Reddit's Will Cady on How to Reach Your Customers Through Social Listening

In August, the company partnered with the American Academy of Pediatrics to fight vaccine misinformation. Now, whenever a user searches for information about vaccines or vaccine-preventable diseases, they’ll only see search results from public health organizations like the World Health Organization or Centers for Disease Control and Prevention.

Surprisingly, many users search for terms around anxiety, depression or mental health. Stemming from a sense of duty to provide its pinners with credible information around a serious topic, Pinterest collaborated with the Stanford innovation lab to create a mental health search tool that displays stress relief or self-compassion exercises based on a user’s search history.

“They helped us evolve this series of mental models or meditations to work through so that someone who’s asking for help in this moment is getting the best possible [material], not just what an algorithm might serve up,” said Mallard.

If a user searches terms such as “stress quotes” or “work anxiety,” they may be prompted to try a deep breathing or meditation activity and directed to relevant resources such as the National Suicide Prevention Lifeline. All of a user’s interactions with these activities are stored anonymously and kept separate from their Pinterest account to protect their privacy.

3. Tech companies should be innovative

Malls are fast becoming mythical holdovers of a bygone era, but we should not forget that malls were once one of society’s premier sources of inspiration. You would window shop not just to figure out what you wanted to buy, but who you wanted to be. Now, people go online searching for that same inspiration. However, the brands that have migrated their outreach to digital channels are no longer vested in inspiring – the focus is on quickly closing a sale.

“I think in an industry that’s perplexingly focused on that last touch, the measurable conversion moment – the very bottom of the funnel – we’re forgetting about the magic of discovery, the magic that used to happen in malls,” Mallard lamented.

Granted, it’s much harder to inspire given the limited real estate of digital banner ad compared to a shop window. Pinterest wants to restore brands’ ability to inspire their customers – and it’s not for the sake of keeping people on their phones. It’s about inspiring them to go out and try, make and buy things in the real world.

Read more: Here's What You've Been Doing Wrong on Social Media, According to Seth Godin

Case in point: Mallard’s teenage daughter discovered her love of baking using Pinterest, and eventually competed in and won the Food Network reality show Cupcake Wars as the youngest contestant. She started by learning easy recipes, then went through a phase where she would make dinner for the entire family complete with place settings and homemade cocktails. Then she discovered desserts, and now she’s a devoted baker. Most important of all, said Mallard, is that her daughter isn’t comparing herself to others and is instead using social media in a healthy way to pathfind her own interests and hobbies.

“She’s living her life, she’s not focused on performing her life for her friends – or even worse, for the approval of strangers.”