It Ain’t Over Yet – Customers Still Outraged After Hurricane Irene

Life might go on, and the disaster might be in the rear view of many East Coast Americans, but that does not mean all customers—and governments—are ready to forgive utilities companies over their Hurricane Irene disappointment.

New Jersey, a state in which more than 1.5 million customers lost power as a result of the hurricane, will be providing disgruntled customers with microphones to air their grievances.

My Central Jersey reported that the State of New Jersey Board of Public Utilities will host two open meetings for customers to voice their concerns with how utility companies prepared for and responded to the devastating hurricane.

And even though those meetings, to be formally announced this week, will be held in geographic-friendly areas, the My Central Jersey story cites government officials as high up as Governor Chris Christie in suggesting that a vast number of localized meetings would be the ideal way to assure the shortcomings of disaster management are put into perspective.

Morris County’s state legislators, meanwhile, sent a letterto the BPU requesting the opportunity to play host for one of the public hearings.

"Morristown, Pequannock, Denville, Parsippany and Lincoln Park are just a few of the Morris County towns that were devastated by the storm. Some of these towns were without power for in excess of 5 days," wrote state senator Anthony R. Bucco and assemblymen Anthony M. Bucco and Michael Patrick Carroll. "As a result of this, we are requesting that you consider holding one of these public hearings in Morris County."

Good Customer Service is Not Always Enough
During both the preparation state and the actual disaster, companies need to assure they can effectively handle the volume, complexity and urgency of calls from affected customers.

From properly staffing, to investing in the right data management resources to what Jeanne Holm of NASA identified as a "distributed approach" to call center support in a discussion with Call Center IQ, relevant companies, undoubtedly including those in utilities, need to be in position to respond.

But confidently—or even especially-rapidly and sincerely—responding can prove insufficient when actually dealing with the consequences of a disaster. At the time of Hurricane Irene, several utilities companies stood out for ramping up call center resources and employing quick, convenient tools like Twitter to keep customers updated on progress in repairing the taxing, significant damage of the storm.

Despite those efforts, it remained clear that a significant portion of customer dissatisfaction could not be controlled. Customers were, like it or not, going to feel the wrath of Hurricane Irene. Power was going to go out.

That inevitability is not, of course, to say that those who exhibited best-in-class disaster response did not greatly minimize the fallout from customers. Similarly, it is not to say that those on the receiving end of the continued outrage did everything they could when it came to interacting with customers in the storm’s immediate aftermath.

It is, however, to say that the loss of power is, in and of itself, a reason for customer dissatisfaction, and regardless of their actual ability to forecast and resolve the issues, utilities companies, as the "face" of power services, are going to absorb a chunk of that frustration.

The aforementioned letter on behalf of Morris County, for instance, uses the magnitude of power outages as its main rationale for wanting a local hearing "regarding the power companies’ response to the massive outages around New Jersey in the days following Hurricane Irene."

Since the legislators are seeking hearings on the power companies’ response, it is implicit within the request that there were some concerns about how the utilities providers handled the disaster. Yet insofar as "some of these towns were without power in excess of 5 days" is viewed as a compelling motivation for the request (rather than "we have evidence to show ___ power company dropped the ball"), it is simultaneously clear that the power outages, themselves, are shaping customers’ opinions of the power companies.

Companies are always on the hook for limiting the impact of these "unavoidable" situations. But when they are truly not to blame for crises like power outages, they absolutely must assure their ongoing customer relationships are strong enough to keep customers from over-playing the blame game.

Do you handle customer management for a utilities company? Want to super-charge your CRM strategies? Get details on our CRM for Utilities conference! 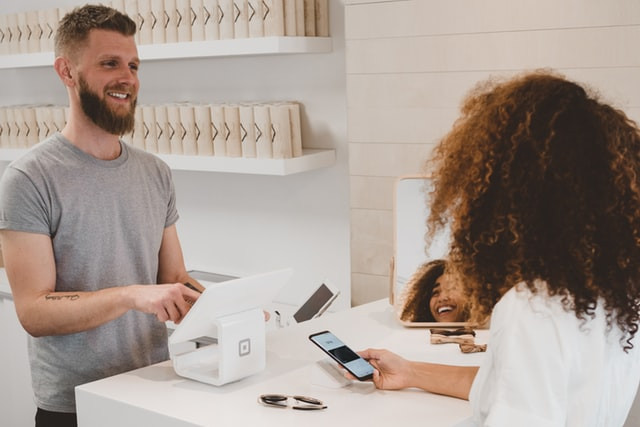 For Zappos, Customer-Centricity Means Knowing When NOT to Answer the Phone?
2012-05-29
By Brian Cantor

Why Are US Airways, Others Bringing Contact Centers Back Onshore?
2011-11-10
By Brian Cantor

Verify This, Bank of America - Your IVR is Absolutely Terrible
2011-11-02
By Brian Cantor

Looking Back on United Airlines – Did Broken Guitars Save or Destroy Custo...
2011-10-27
By Brian Cantor