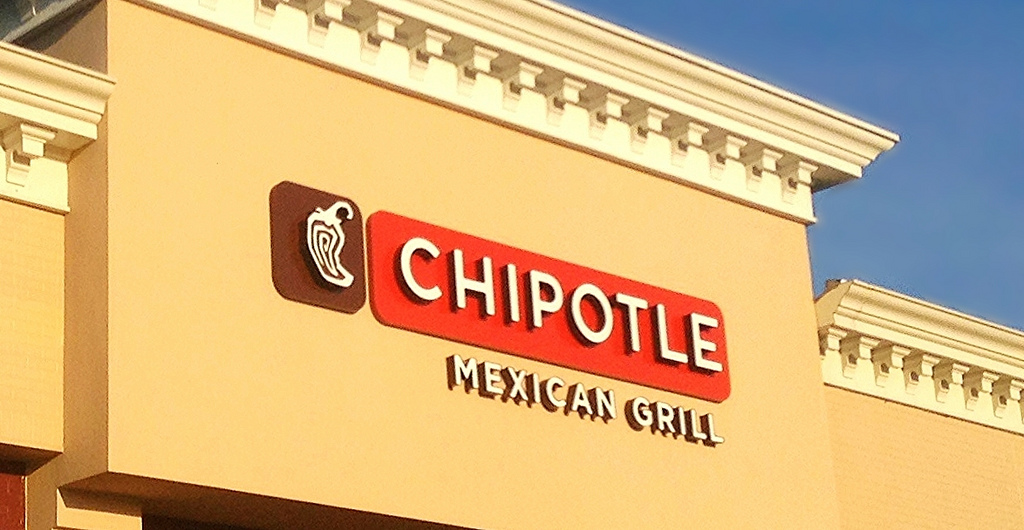 Fast casual Mexican grill Chipotle rehired one of its managers after investigating an alleged racist incident in which she refused to serve five young black men unless they paid upfront because they were reputed to be repeat dine-and-dash offenders.

The chain in St. Paul, Minnesota, fired the manager after a cell phone video went viral on Twitter where she is heard saying: “You gotta pay upfront because you never have the money when you come in here.” The manager claimed that the men resembled another group who had patronized the restaurant Tuesday night only to leave without paying; the men countered that the comparison was racist.

Can a group of young well established African American get a bite to eat after a long workout session. @ChipotleTweets ?? pic.twitter.com/Sj8RaeINj6

When asked to pay upfront the young men refused and started shouting and swearing and asking other customers if they had to pay upfront. After the manager refuses them service, another worker in the video says: “We’re not gonna make food unless you guys actually have money.” Subsequently, one of the young men says: “I don’t like this stereotyping. I don’t like it.”

The restaurant still has not confirmed whether or not the group were indeed the same people who had fled without paying Tuesday night, but the Twitterverse jumped to the manager’s defense after discovering that the man who posted the video, Masud Ali, had had other tweets on his profile boasting about “dining and dashing.”

Yo im black and i can clearly see that this man is not innocent...im tired of seeing black people make it look like all black people steal and when we get caught we guilt trip white people into thinking that their racist. It’s wrong and it doesn’t do us black peole justice.

You got someone fired over this. That’s messed up man. Grow up. #Childish @ChipotleTweets give this manager her job back... and a raise... and a bonus. Who fire’s someone so quickly without looking into the situation? Also messed up. pic.twitter.com/X82FnHP6k2

Bro I'm dead you guys have the balls to trip about this but y'all had dine and dash before,like the time y'all tipped the lady 20 cents at Applebee's or the time y'all tried to change address cause y'all thought Chipotle was on to y'all and you thought about changing addresses

After confirming Ali’s habit of dining and dashing on Twitter (Ali has since deleted the tweets), Chipotle has since rehired the manager.

“We have spent the last few days reviewing the evidence available to us regarding the incident in St. Paul, MN. Based on our review, we have offered our manager her job back. While our normal protocol was not followed serving these customers, we publicly apologize to our manager for being put in this position. We will work to continue to ensure that we support a respectful workplace for our employees and our customers alike.

Our policy is to treat our customers and employees fairly and with respect at all times and under any circumstances. We will work with all our restaurant teams to ensure they are prepared to handle situations of this kind and know they have our full support. We are committed to doing the right thing and acting in a manner consistent with a thoughtful, fact-driven approach."

Some takeaways from the Chipotle incident:

1. To what extent should employees be police officers?

Most retailers prohibit employees from intervening when they witness a customer shoplifting - for both legal reasons and the employee’s safety. At high-end stores like Victoria’s Secret, losses from shoplifting can total tens of thousands of dollars, with one outlet in Peachtree City, Georgia, posting over $20,000 in losses in the first half of the year alone. In the case of Chipotle, the employees intervened to prevent a potential theft, but the repercussions for Chipotle would have been crippling had the manager been wrong. It’s imperative for stores to set stringent policies around theft prevention to avoid their employees being held liable in the event of a wrongful accusation.

2. Respond to brand crises fast, but not recklessly

As the Twitterverse seethed and the news spread, Chipotle responded in panic mode and fired the manager before gathering all of the facts. Reviewing surveillance footage from Tuesday night and conducting background checks on Masud Ali could have helped the restaurant determine with more certainty whether or not he had indeed dined and dashed at that chain before. Chipotle’s clearly made its decision without too much premeditation as it backpedaled just a few days later.

It shouldn’t be easy for customers to dine and dash. Maybe there are some security measures Chipotle could implement at its chains, like rejiggering its checkout process or “assembly line” so that customers can’t grab their food and bolt. Requiring all customers to pay upfront would disrupt traffic flow through the store, but repeat incidents of patrons leaving without paying could point to an experience design flaw.