5 Brands That Jeopardized Themselves by Being TOO Customer-Centric

Some companies over-promise and under-deliver - or annoy their stakeholders 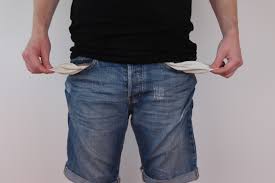 Most new companies face high customer acquisition costs as they jostle for a share of the market, be it through penetration pricing, free trials or free samples of the product. Sometimes, even brands that are household names elect to shoulder extra upfront costs for the sake of customer centricity - they’ll offer a heavily discounted new product or feature which the company subsidizes (usually temporarily) in the hopes of attracting new customers while convincing existing customers to become loyal to the brand and spread news about it through word-of-mouth.

But in some cases, leaning too customer-centric can be a fatal flaw, especially when the gesture is expensive.

In the case of subscription-based movie ticketing app MoviePass, its entire business model skewed towards delighting customers to the detriment of financial sustainability. Customers lapped it up: For a monthly fee of just $9.95, they could watch an unlimited number of movies at 33,000 participating theaters nationwide.

But while moviegoers enjoyed massive savings, the company had to reimburse theaters for the full price of each movie ticket, meaning its break-even hinged on having a large customer base that rarely uses the service.

After burning through its cash reserves and temporarily going out of business in July, the company rebooted with a $5 million loan and scaled back its subscription policy to just three movie viewings a month for an increased fee of $14.95. MoviePass also restricted showtimes, participating theaters and access to major box office films in the first two weeks.

All this belt-tightening inevitably makes customers feel short-changed, even if their subscribership privileges were excessive to begin with (come on, unlimited movies for $9.95?). When companies try too hard to pander to the customer but are ultimately forced to revoke privileges to remain afloat financially, it can leave a permanently sour taste in one’s mouth.

In a letter to subscribers, MoviePass CEO Mitch Lowe apologized for the inconsistencies, admitting: “We still have a long way to go to provide the most responsive customer service experience for you.”

Apple Music experienced a similar dilemma in 2015 when it agreed to cover the cost of artist royalties for new users on the free, one-month trial at no cost to the customer. The music streaming industry was in the midst of a PR fiasco when popstar Taylor Swift protested Spotify’s free, ad-supported model, and Apple Music courted controversy by planning to withhold royalties while users were on the free trial.

When Swift threatened to withhold her album, 1989, from Apple Music, the company confronted a trade-off where it could either pay the royalties and invest in growing its user base, or push back and potentially lose users from the bad PR or major music labels siding with Swift and pulling their artists. Faced with intense competition from Spotify, Pandora and Google, Apple agreed to subsidize per-streaming fees for its free-trial users.

In a bid to capture even more users, Apple started started offering three-month free trials - triple the industry average. After realizing it had leaned too customer-centric, in May 2017 Apple started charging users in certain countries $0.99 for three months, with no free trial period.

Mobile service provider Boost recently elected to subsidize the cost of a brand-new mobile phone for customers coming from other networks without requiring them to commit to a contract. At Best Buy, for instance, an iPhone 6 retails for $499 for existing customers, while new acquisitions pay just $149.

By offering a month-to-month service instead of locking customers into a standard two-year contract, Boost is taking on a financial risk in the hopes that customers will like the no-strings-attached setup so much they’ll stay long enough for the company to recoup its upfront subsidy.

An example like this begs the following question: should companies invest so heavily in user acquisition or more in rewarding existing customers? Popular CS wisdom maintains the importance (and cost savings) of investing in current customers over casting one’s net far and wide, but some major companies seem to be doing the opposite.

Meanwhile, Uber’s latest Amazon Prime-style subscription plan called RidePass requires the company to reimburse drivers out-of-pocket for the heavy discounts offered to customers. For just $14.99 a month, users can enjoy flat rates on unlimited rides in five major cities, saving them 15 percent on travel costs, Uber says. It remains to be seen whether the product will hold financially.

While it’s pretty standard for companies to shoulder extra costs for new user acquisition, subsidizing existing users indefinitely and not as part of a promotion like Uber is doing can put even a promising business in the red.

Speaking of being in the red, shoplifters at Victoria’s Secret stores cost individual franchises thousands of dollars every month, but like most retailers the brand has a strict policy that prohibits its sales assistants from confronting customers about shoplifting, even in the face of overwhelming evidence. However, Victoria’s Secret took it a step further by threatening to fire any employee that accuses a customer of stealing.

While the policy is mostly concerned with protecting employees from potentially aggressive shoplifters, one bra specialist in a South Florida store told Business Insider that it’s partly influenced by her manager’s CS philosophy of always “assuming good intent” and avoiding accusations of racial profiling if a customer is falsely accused.