Ashton Kutcher: "The Biggest Breakthrough is Breaking Through Yourself" 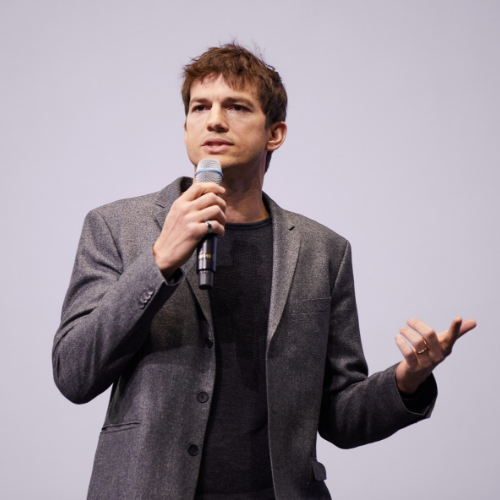 Freedom of speech is under siege and “Insta-culture” perpetuates the wealth gap by creating the often false impression that you have less than your neighbor – be it money, free time, good looks or mastery of flattering camera angles. We as a society need to wake up to our own hypocrisy and self-interest.

These were some of the admonitions from actor and philanthropist Ashton Kutcher at the Qualtrics X4 Summit in Salt Lake City, Utah, as he paced restlessly across the stage in a silver suit.

He proceeded to belabor the dangers of income inequality, and how the chasm can only be expected to widen with advancements like bioengineering, Crispr designer babies and headbands designed to restore juvenescent neuroplasticity to improve one’s learning capacity  - “if you can afford it.” 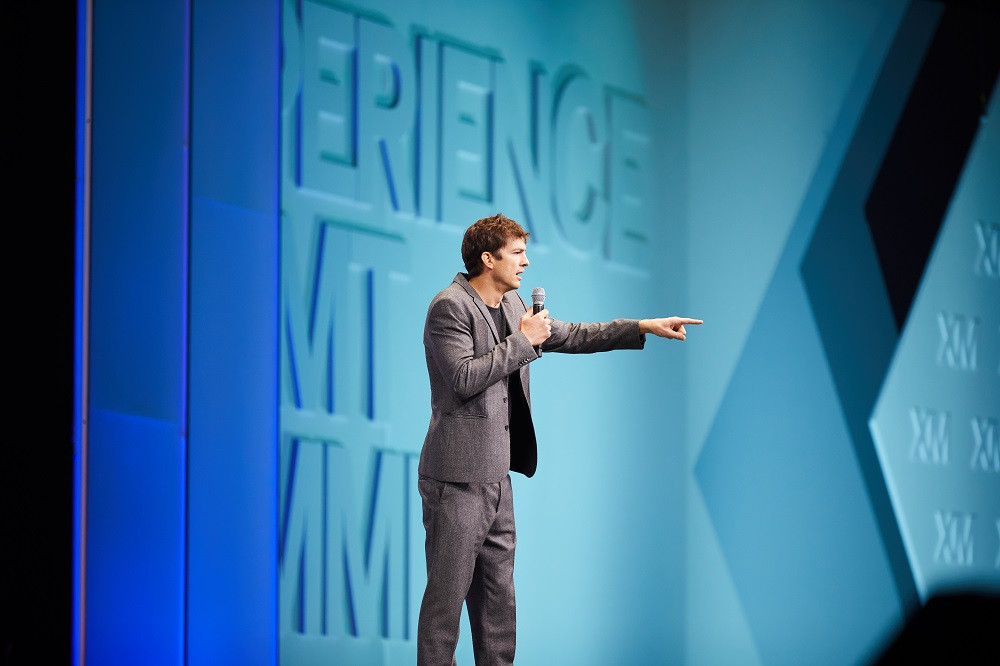 Those outcomes include disparities in education and health outcomes leading to higher incarceration rates among certain demographics. Then there’s the general day-to-day experience of lack, whether real or imagined, that comes from witnessing blatant self-promotion on social media.

AI threatens to widen gap between the haves and have-nots

One of Kutcher’s more ominous warnings was the notion that once labor-intensive jobs are replaced by AI-powered robots, the gap between the haves and have-nots will intensify when computers are the ones telling people what to do instead of other people.

Just when his monologue started to veer into faddish “woke” territory with rhetoric recycled from liberal activists and grassroots movements, the actor admitted that he, like many people, doesn’t really understand what “woke” means, but he’s honed his own definition from experiencing life’s hard knocks.

“Being woke is being able to see what’s around you, feel somebody else’s pain, connect to it and own it as if it’s yours and then have the tenacity to think you might be able to solve it.”

I couldn’t have put it more succinctly myself.

Read more: President Barack Obama on Why a Leader is Only as Good as His Employees 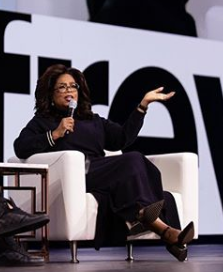 On the breakthrough front, Oprah Winfrey also had much to offer. Since starting her career as a talk show host, the former Good Morning America news anchor has hosted 4,759 shows as of last count, conducting one-on-one interviews with over 37,500 people, from light-hearted affairs like Beyoncé demonstrating how to twerk to a Charlotte bank executive explaining why he brutally murdered his twin five year old daughters.

From listening to their dysfunctions, tragedies and triumphs Winfrey jokes that she’s earned an honorary PhD in human behavior. Throughout these intense huddles with all walks of humankind, Winfrey noticed one common denominator, regardless of whether that person was a Grammy winner or a survivor of sexual assault: they needed validation that they had been heard and understood.

It has been instrumental in her ability to induce her guests into sharing the most intimate details of their lives. She achieved this, in part, by being bald-faced about her own struggles with being molested by a cousin and an uncle starting at the age of nine and growing up in abject poverty in Chicago, to the point where her maternal grandmother would dress her in potato sacks.

“This idea of validating and letting people know they were heard and that what they have to say matters to you was a huge breakthrough moment,” Winfrey recalled. “Because what I understood was people are more willing to share of themselves and share of their story if they feel safe, if they feel seen and if they feel heard.”