Why Design Thinking is Necessary for Excellent CX 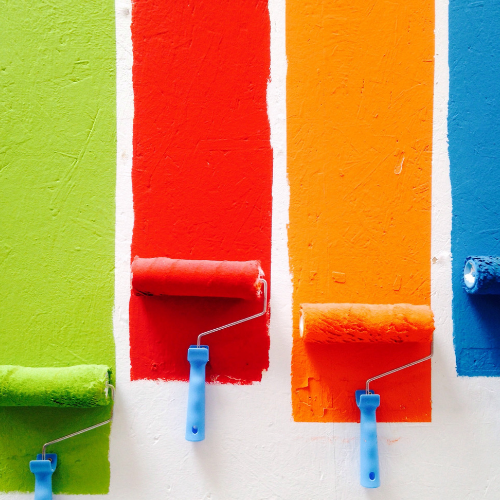 Innovation consultant Colin Hunter teaches leaders to fail more often. Accepting failure goes hand-in-hand with the iterative mindset of design thinking, where you consistently observe the customer, gather facts about their persona and journey of interactions with your brand, and rejigger your product or service to better meet their needs.

The power of watch and learn

It’s a common sight for the general manager of a five-star hotel to roam the corridors observing business as usual, but Hunter says watch-and-learn is a valid practice across all industries. “It’s a natural thing to do but people have lost the skills.”

Internal auditors, he points out, are responsible for using observation skills to sniff out corporate cover-ups of data breaches, corruption and other misdeeds that can lead to lawsuits. Even in medicine, the chief surgeon now stands at the foot of the operating table to observe proceedings and intervene when necessary, rather than the traditional command-and-control format of standing at the head of the table. 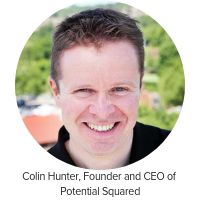 Hunter’s company, Potential Squared, administers leadership training to senior and middle managers, many of them from luxury hotels. As one way of instilling behavioral change, Hunter has them perform role plays with professional actors tailored to their organization and rank. One scenario they’ll simulate is greeting a guest when encountering them in the corridor of a high-end hotel, or modeling a sales conversation for selling luxury goods to high net worth individuals.

“There’s no right way to have the conversation,” says Hunter, “so people have the chance to experiment in a laboratory.”

The format is modeled on the popular improv comedy show Whose Line Is It Anyway, where two actors play out a three-minute skit on a topic suggested by the audience or prompted by the host. Clients can watch different versions of the conversation with different ratios of “ouch to the pinch,” where an actor emulating a difficult customer would offer more pinch versus a “softer” interaction.

Roleplay, says Hunter, is “a way of getting across the fact that you can have many different styles, many different iterations of conversations with customers.”

Why organizations need the freedom to experiment

The top organizations are continuously reinventing themselves – and are publicly lauded for doing so. Google was indistinguishable from search engines like Yahoo! and AskJeeves until it iterated its way to AdWords and AdSense by noticing a niche in the market.

In the mid-1990s, Amazon’s investors feared losing market share to Barnes & Noble when it launched e-commerce capabilities in the mid-1990s, until Amazon iterated from an online bookseller into the world’s largest online retailer. Capital One reinvented itself from a traditional financial institution to a design-driven company selling financial products.

For Saas companies like Facebook and Dropbox, nonstop experimentation and prototyping are crucial to staying afloat. Uber’s Experimentation Platform consistently runs over 1,000 experiments at any given time, from testing a new feature to enhancing app design.

“Given Uber’s hypergrowth, the goal of our XP is to ensure that new features roll out successfully and then return actionable analysis,” data scientists Eva Feng and Zhenyu Zao write in a blog post on Uber Engineering.

Uber tests new features through staged rollouts to a small portion of its users with target specifications, such as geographic location. But the XP platform is not looking for positive metrics like uptake; rather, Uber wants to know if the new feature has a negative effect on key metrics, such as number of rides per customer or the number of customers that are active on the app in a given period.

But experimentation and play are not embedded in most organizational cultures.

“Most organizations lack the ability to play, experiment and have a go at things,” says Hunter. And as they clamor to become more customer-centric, a lot of businesses overemphasize customer mandates for speed and efficiency and further shed the experiences that nurture long-term customer loyalty. And yet, the ascendance of Starbucks was owed to how it changed coffee-drinking from a no-frills affair gulped on-the-go to a lifestyle, where its stores doubled as communal living rooms for patrons to bond over a cuppa.

“I love that at Starbucks there are times when [the barista] will draw something on the cup like a smiley face,” says Hunter. “Or they’ll make a reference to a person they’ve met before.”

But in the interest of moving customers through the store more efficiently, some of these personal touches are forgone. Hunter thinks it misses the mark. “Most customers, not just in the luxury sector, want that degree of informality, that off-the-cuff piece.”

The build, measure, learn process of design thinking is not for every organization, Hunter warns. The notion that design thinking can be a universal salve for a struggling brand is what gives the philosophy a bad name, he says. “Everybody believes that you just roll out design thinking and the world’s going to calibrate in the right way. It doesn’t work that way.”

Rather, design thinking is focused on what Hunter calls “foggy problems” - used to answer questions like, “Why am losing market share to X competitor?” or “Why do so few people use my mobile app after downloading it?”

Some problems have less abstract causes, such as a design flaw in your website that increases customer effort during an online purchase or a lack of quality assurance in customer service. In such cases, it’s a “paint by numbers” problem where the fix is obvious and it’s just a matter of investing the time and resources to do apply the solution.

But for organizations that want to stay innovative or solve cloudier problems with long-term implications for growth and survival, the design thinking practice of iterating, prototyping, testing and launching  is crucial.

“If you take innovation as an overarching theme for organizations, how you create freshness and keep freshness, then freshness will come through design thinking,” says Hunter. “It will come through getting products into the market the lean startup way with minimum viable product, testing it out.”