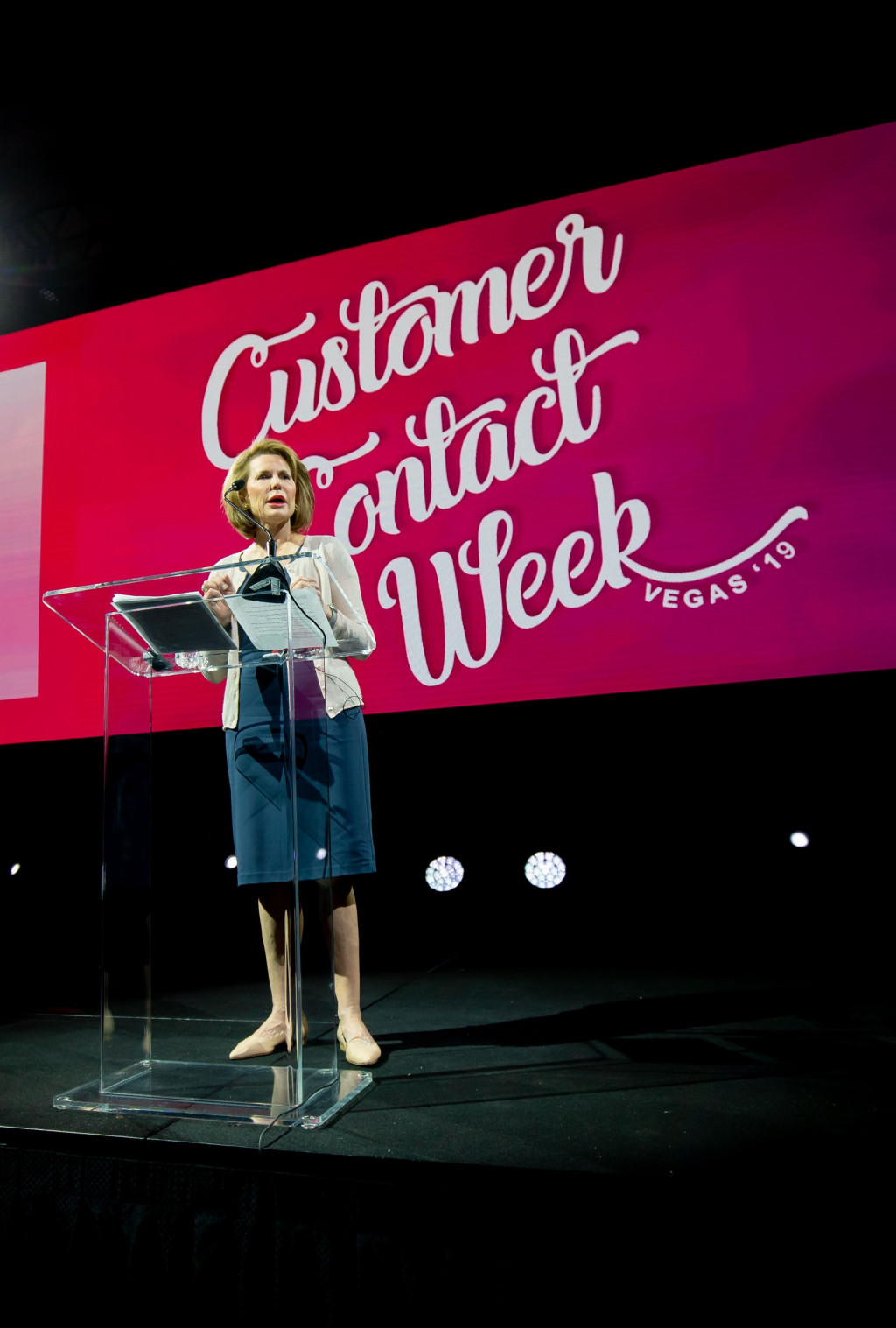 Pink ribbons weren’t always synonymous with breast cancer awareness. Around 40 years ago, when Ambassador Nancy Brinker founded Susan G. Komen for the Cure, the world’s largest charity for breast cancer, the word “breast” was banned from TV and newspapers. Polite society preferred the euphemism “women’s cancer” or “the Big C.’

From hosting 5K runs and fitness walks, Brinker’s foundation has raised nearly $2 billion for breast cancer research, advocacy and grants to organizations providing screening and treatment for breast and cervical cancer. But more important than any dollar infusion is the cancer culture it created where “victims” became “survivors” and shame was replaced with pride.

After undergoing a mastectomy, many women endure body image insecurities; some even fear abandonment from their husbands or partners. Sometimes, concerned friends and family blame the cancer patient for bringing the disease upon themselves through their lifestyle choices.

In her keynote at Customer Contact Week in Las Vegas, Brinker discussed the “art of seeing the invisible,” and how faith in the unmanifested mobilized her to find a cure for cancer after losing her sister to the disease in 1980 when she was just 36 years old.

“In the last few weeks of her life, she took my hand and she said, ‘Nan, I want you to promise me that you will cure this disease.’”

Startled, Brinker said yes, she would.

“I didn’t know what else to say,” she admitted. “I was a young woman with dreams of my own and I wanted to give the person I loved more than anything the one thing that meant something to her.” 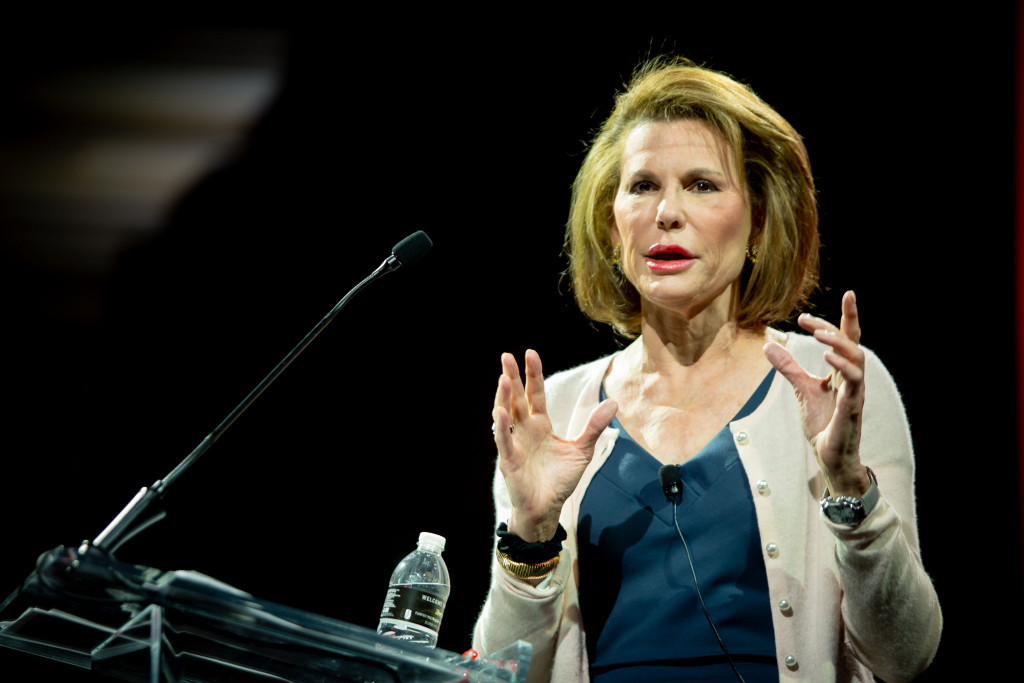 Brinker convened a group of 12 unsuspecting girlfriends in her living room in Dallas and told them, “Ladies, today we’re going to take on a new mission. We’re going to cure breast cancer.”

Every woman in the room knew someone who was afflicted with the disease; some died quietly without ever mentioning their ailment.

She raided the rolodex of her late husband, restaurateur Norman Brinker, founder of restaurant chains Chilli’s and Bennigan’s, to ask people for donations.

“We had a shoebox full of names, $200 [in cash], a volunteer secretary who couldn’t type and a broken typewriter,” recalled Brinker, who underwent a double mastectomy after being diagnosed in 1983. “We were just like an internet startup minus the internet.”

None of the dozen women were doctors or scientists; they weren’t about to develop a curative agent to prevent cancer cells from metastasizing. But they knew they needed three things: funding for research, educating people and raising awareness.

Cancer being a morbid affair, Brinker sought a way to rally people around the mission without frightening them. At the first Race for the Cure in Dallas, 800 people showed up in front of the Galleria Shopping Mall on the foggy, rainy morning of October 27, 1983.

Komen started affiliates in neighboring towns that had heard of the movement in Dallas, recruiting community leaders to rally the locals around the mission. In 2010, there were 130 races worldwide. In addition to the 5K, donors can opt to walk 60 miles in three days, with each person raising around $2,300. 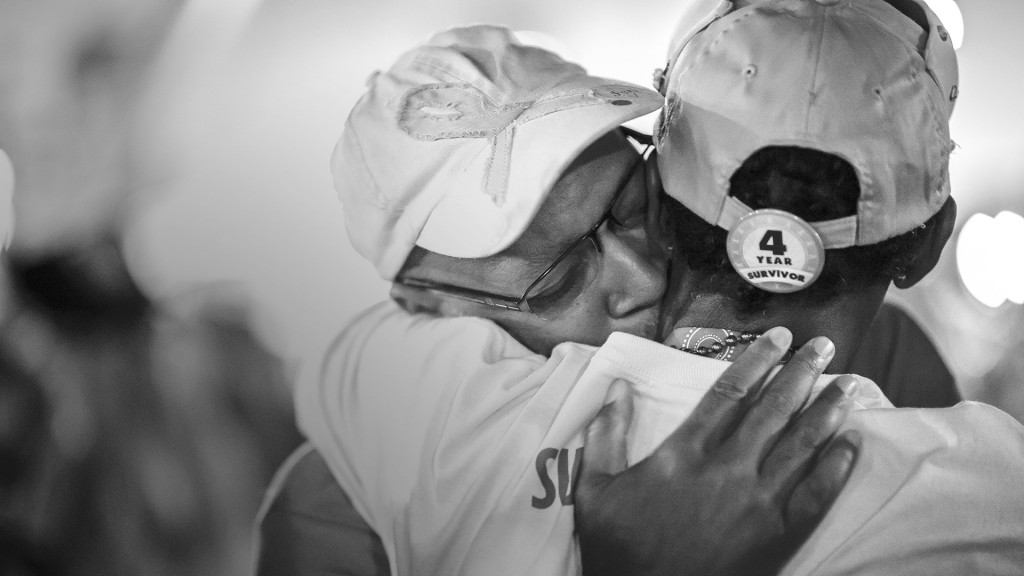 Image courtesy of Susan G. Komen for the Cure

A few years after the first race in Dallas, Brinker flew to New York to ask one of the largest lingerie makers if they would make a hang tag on their bras saying: Have you gotten your mammogram? as a reminder to their customers. The female executive Brinker met with threw her out of her office.

“She said, ‘We only sell beauty and glamor, Mrs. Brinker, not death and dying. Our customers aren’t thinking about that.’ I said, ‘So what do you think they’re thinking about?’” recalls Brinker, who served as US ambassador to Hungary from 2001-2003, and in 2009 was awarded the Presidential Medal of Freedom, the nation’s highest civilian honor.

Read more: A Glimpse Into the AI-Powered Classroom of the Future

Luxury lingerie companies like Wacoal and CrissCross Intimates have since partnered with Komen to inform women on the risks of breast cancer through special tags on their clothing and remind them to maintain monthly breast self exams. Through its Fit for the Cure initiative, now in its 14th year, Wacoal hosts bra-fitting events nationwide to educate women, and has raised almost $4 million in donations.

Ten years after that disastrous meeting, Brinker was on another trip to New York to receive the Intimate Apparel Association’s highest award for generating awareness for a disease that went long unfunded.

In 2012, Komen faced a firestorm of criticism when its board voted to defund Planned Parenthood, purportedly bowing to pressure from anti-abortion activists. Komen almost immediately reversed its decision and resumed funding of breast cancer screening at various Planned Parenthood locations.

This year, Brinker launched a new organization called The Promise Fund to bring cancer screening and treatment to women in Florida who can’t afford it. The state ranks 49th out of 50 in government resources for healthcare, according to the Palm Beach Post.

“We’re doing all the work locally and hiring community-based navigators,” Brinker explained. “We’re getting physicians to volunteer their time and talent to make a difference in the lives of those who cannot afford care.”

Brinker still chalks up her success to her ability to see the “art of the invisible,” of starting an initiative from scratch and persisting with an end goal in mind even if it seems impossible under present circumstances.

“Seeing the invisible is never easy, but it’s necessary for any individual or group looking to make positive change.”