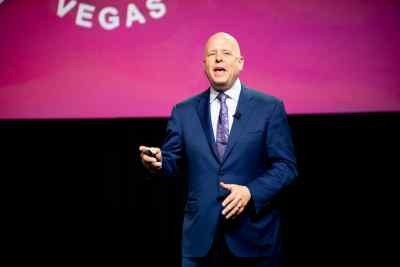 As someone who bills himself a “chief amazement officer,” it’s no surprise that Shep Hyken spends a lot of time cautioning his Fortune 100 clients about the perils of mediocrity.

In a sink-or-swim market where customers compare businesses not to their peers but the best-in-class customer experience they’ve ever had, doing the bare minimum isn’t enough.

“Fine is the F-bomb of customer service,” Hyken told the audience during a high-energy keynote at CCW Vegas. A satisfactory rating means a three on a scale of 1-5 – middling, average, just OK – and yet, organizations obsess over customer satisfaction scores. Rather, they should strive for loyalty. Loyalty is an emotion; satisfaction is a rating.

In fact, if “fine” were an acronym, here’s what it would stand for, according to Hyken:

Never doing business with you again

Moments of truth should never be just “fine” or some other descriptor on a sliding scale, because scales let things fall through the cracks. They should be perceived in black-and-white terms as either moments of magic, moments of mediocrity, or moments of misery. 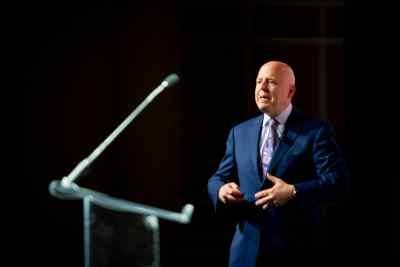 Creating moments of magic, said Hyken, is about being just a little better than average all the time – simply by achieving 3.3 instead of three on a scale of 1-5.

Consistently exceeding expectations in small ways, such as providing a surprise perk or discount, or being quick to rectify an issue. It’s about the collective experience a customer has with you over a range of touchpoints, not just surprising the customer with fresh flowers on day one of their hotel stay.

Hyken describes it as: “When you can string a bunch of predictable experiences together where customers go, I love doing business with them - they’re always friendly, they’re always knowledge, they always get back to me.”

“Always” is the operative word here – exhibiting a consistent willingness to help and attention to detail, so that even when there is a problem a customer knows their complaint will be handled by someone competent, knowledgeable and committed to delivering a resolution.

Hyken shared his favorite “moment of magic” story during a visit to Dallas, Texas on the hottest day of the summer when he hailed a cab to the airport. The driver got out of the cab “dressed like a bum.”

“He’s got jeans, a wrinkled shirt, messed-up hair – he looked like he hadn’t shaved or showered in a week.”

Hyken gritted his teeth, anticipating his ride to the airport would be a “moment of misery” in a dirty, grimy cab lacking a functioning air conditioner.

The bedraggled driver took Hyken’s suitcases and said in a deep-voiced, Texan twang: “Get in the cab; it’s nice and cool. I’ll take care of the bags.”

“I opened the door and the cool air hit me in the face,” Hyken recalled. “Then I’m inside the cab and it’s spotlessly clean and there are two newspapers on the seat next to me.”

On the floor is a bucket of ice with two cans of soda, and when the driver gets into the cab he picks up a dish of candy, turns around and asks if Hyken wants a piece. Once on the highway, the driver enthuses about a famous landmark, the Mustangs at Las Colinas, a sculpture of nine bronze mustangs at 1.5 times life size running through a watercourse.

The driver insists on taking a slight detour so Hyken can see it before he flies home while refusing to charge him more than the $22 flat rate for a ride to the airport.

“Frank gave me his business card before I got out of the cab and he said to call him the next time I came to Dallas,” said Hyken. The driver asked Hyken for his business card, like he did with all his passengers. Four days later, back home in St. Louis, MO, Hyken receives a Thank You note from Frank in the mail. Every Christmas, he gets a holiday card from Frank.

When Frank started working as a cab driver, most of his peers made less than $20,000 a year. Frank was making almost six times as much.

“Frank did such a good job creating moments of magic just with newspapers and soda that he made $150,000 a year as a cab driver.”

In parting, Hyken left the audience with five ways to achieve moments of magic.