The worst thing you can do to a pessimist is prove him right.

Thank you, Amazon, for doing just that.

Simultaneously a customer management commentator and an actual consumer, I am constantly infuriated by the disparity between brands’ claims of customer-centricity and the experiences they truly deliver.

In the real world, a verbal commitment to the customer is meaningless. Action is all that counts.

Insofar as anecdotal customer service encounters can advise my writing on Call Center IQ, I am always on the lookout for gaps between the experiences brands are promising and the ones they are actually delivering. Seeing how frequently those gaps emerge—and how rarely I encounter anything resembling "greatness"—it is hard not to ignore feelings of pessimism about the state of customer management.

Naturally, most of the "anecdotes" I have shared on CCIQ were negative ones.

Initially disappointed by Amazon’s lack of proactivity in a recent customer service issue, I was impressed enough by the brand’s recovery to endorse their customer experience. Mistakes happen, and one definitely did in this case, but Amazon responded with enough resolve to convince me that they cared about their customers.

After an almost-comical string of disappointments with Amazon over the past two weeks, I still believe the core of that to be true. But the service delivery problems have become too great for me to ignore, and I now feel silly for praising the company to such an extent. And given that Amazon is known as a leader in the customer service world, the recent horror stories only fuel my pessimistic outlook.

Since when is customer support an isolated effort?

During a transaction on February 21, I saw that I would qualify for one-day shipping if I "ordered within the next 6 minutes." But when I attempted to finalize my purchase, single-day was not available as a delivery option.

Not wanting to miss the cut-off, I quickly signed into Amazon’s chat to have an agent resolve the situation. He put me at ease, noting that as long as I pushed the order through, he would make the change in the system. I did my part, and he assured me he did his.

Moments after logging out of the chat, however, I noticed that my estimated delivery date was changed to Monday, February 25. Huh? An agent had just assured me—and charged me the $3.99 fee in the process—that my delivery was scheduled for Friday, yet the confirmation not only reported something different but actually listed a date that was later than the Saturday option that would have been at my disposal.

I quickly logged back into chat to clarify that this was merely a clerical error; much to my distress, I was told it was not. The second agent, unaware of my previous conversation due to an apparent knowledge management gap at Amazon, simply saw from his notes that my shipment was changed—correctly as far as he was concerned—to Monday. After initially failing to comprehend why I was so upset, he further noted that all single-day delivery items had already left the warehouse, so there was no way to honor the service I had been promised.

I became absolutely unhinged at this point, noting that Amazon was not only failing to make good on what its website promoted but on the words of its own agent. Though apologetic and willing to refund the shipping price, the agent was still coming up short in the area that actually mattered: figuring out a way to get the shipment to me by Friday. I asked him to get back to me when he did figure it out.

Two hours later, I received an email noting that he found a "workaround"—this particular product qualified for same day shipping, so as long as I worked with a customer service agent to cancel the first order and process a new one by 8AM on Friday, I could get the goods on time. While still a slap in the face (Amazon was not rectifying its mistake here; it just lucked out that a backup option existed), this would get me the delivery date I wanted, so it was fine.

I logged in at around 2AM to work with customer service on the issue. They were unaware of the agent’s promise and noted there was nothing they could do: the Monday date, which was still being viewed internally as the correct one, was the earliest possible delivery time. After an intense back-and-forth, the rep finally advised me to speak with a call center representative.

Though I was transferred directly to her, the phone representative was not fully briefed on my issue and thus required a complete rundown, a tone-deaf request for 3AM. With my back against the wall, I provided it anyway, and she responded just as her chat counterpart had: there was nothing that could be done.

Worse, she commented, "I hate when agents make promises and then I have to be the one to say no." Huh? I am working with the Amazon support team—should they not all be on the exact same page?

After a lengthy conversation, she eventually found her colleague’s email promise and successfully changed my order same-day delivery. And the product did arrive on time.

But should Amazon have required me to devote the entirety of my night—from 6PM till 3AM—to an issue that was entirely caused by its own internal knowledge and communication gaps?

And things only got worse later that weekend. Still not deterred by my experience (the competitive pricing and one-day shipping are hard to ignore), I placed another one-day delivery order on Saturday.

(Note: I also ordered accessories for this product later that Friday. They shipped without issue and arrived mid-day Saturday)

Committed to making the one-day delivery threshold, I rushed aggressively through product research to assure I was buying the right version of this good. After all that work, the last thing I wanted to do was fight with Amazon again. But life does not work that way, kids.

As Friday evening approached, and I was still without shipping confirmation from Amazon, I knew where this was headed. Sure enough, I ended up receiving an email that my item was going to be delayed and that I would receive a follow-up when it did eventually ship.

After the incident from a day prior, I was not about to tolerate such nonsense.

I rushed into Amazon’s online chat, and I was met with all kinds of excuses about how the weather and God—not Amazon—were responsible for the delay. Aware that a fight would prove futile at that point, I simply asked the representative to guarantee the item would arrive by early Sunday morning. Sunday delivery is not common, but as I had occasionally seen it offered, I wanted to make sure Amazon knew to ship via one of the carriers that offered it.

Imagine my shock on Saturday night when I received an email confirming my delivery date for Monday, February 25. And imagine my further shock when, upon logging into chat, I was told that Tuesday was actually a more realistic estimate for the delivery.

Aware chat was getting me nowhere (so much for multi-channel), I again transferred my argumentation to the phone. That representative, definitely the nicest and most honest agent with whom I dealt at Amazon, said that there was absolutely no weather issue and that the delay was caused by the "special packaging" needed to ship the item.

She also, unfortunately, confirmed that the item would not arrive by Sunday. It was shipped via UPS, which does not offer Sunday shipping.

She, essentially, had nothing to offer due to the vast knowledge and communication gaps plaguing her organization.

My inquiry eventually moved to a supervisor, who, mind-bogglingly, went back to the weather excuse. She also refused to take any steps that would get the product to my door by Sunday (I even offered to lookup plane or train tickets into New York so that one of the Amazon team members could personally bring it to me) and instead offered some monetary credit for the situation.

Is this going on in your business?

As much as I despised his flippant approach, one of Amazon’s representatives did address a relevant challenge for customer-facing organizations: what happens when natural phenomena impact the customer experience?

But it is because uncontrollable, unavoidable challenges exist that businesses must assure there are no reparable issues within their own organizations. Challenges like poor communication and knowledge management lapses can easily be fixed and are therefore cannot sufficiently excuse poor service.

Referencing Amazon’s failure, here are some diagnostic questions to assure communication is not the enemy of your customer experience.

Do you communicate the correct information prior to purchase? Can you make good, 99.999% of the time, on what you are promising?

On those rare occurrences when you cannot, are you communicating that effectively prior to purchase?

Do you warn customers about a service lapse before or after it takes effect?

Can every agent—in every channel—instantly access a complete snapshot of the customer’s purchases and interactions with customer support?

Do you have control over the individual promises and commitments agents make to customers?

How flexible can you be in upholding errant promises made by individual agents? 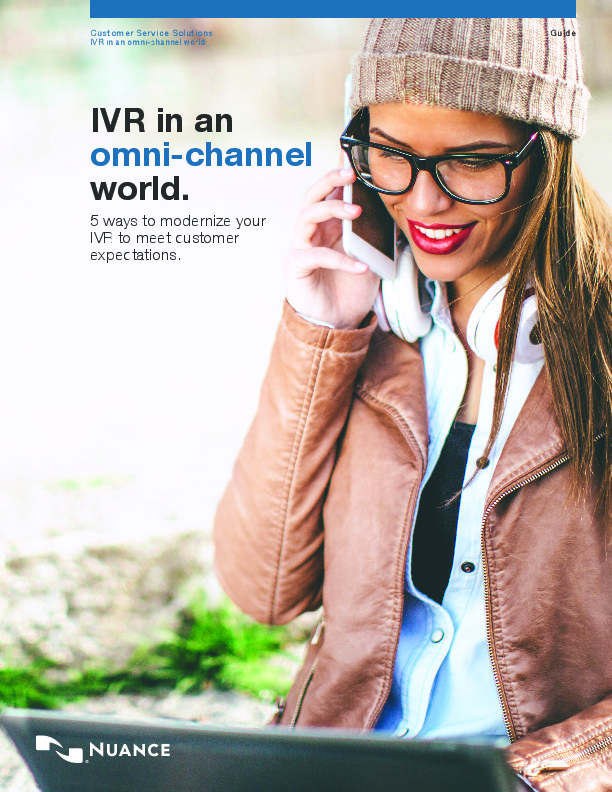 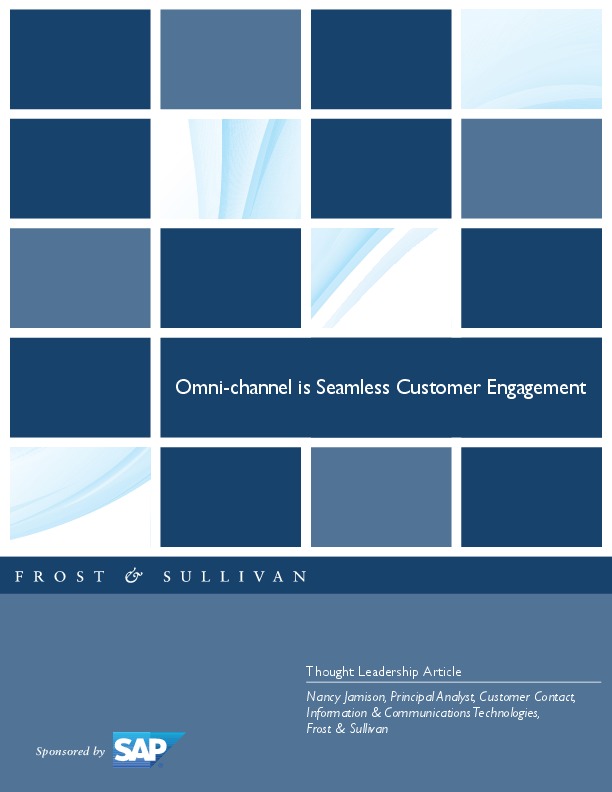 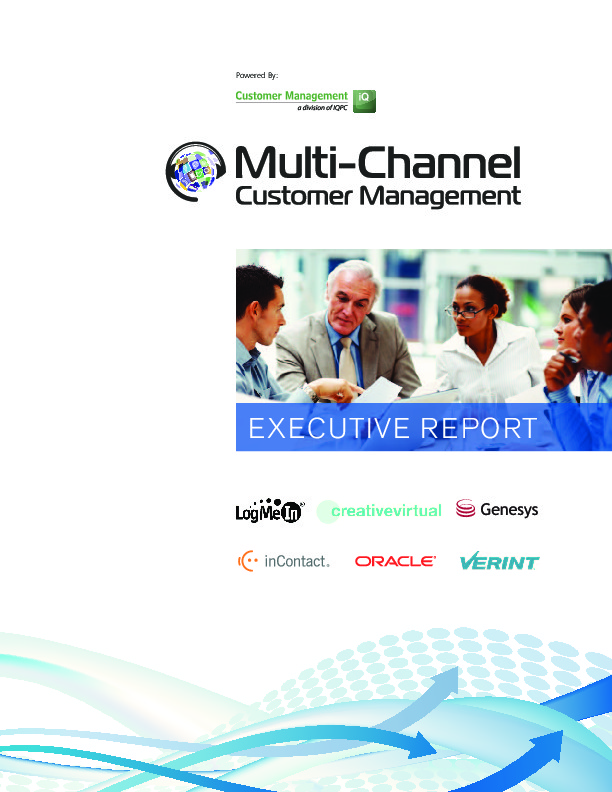