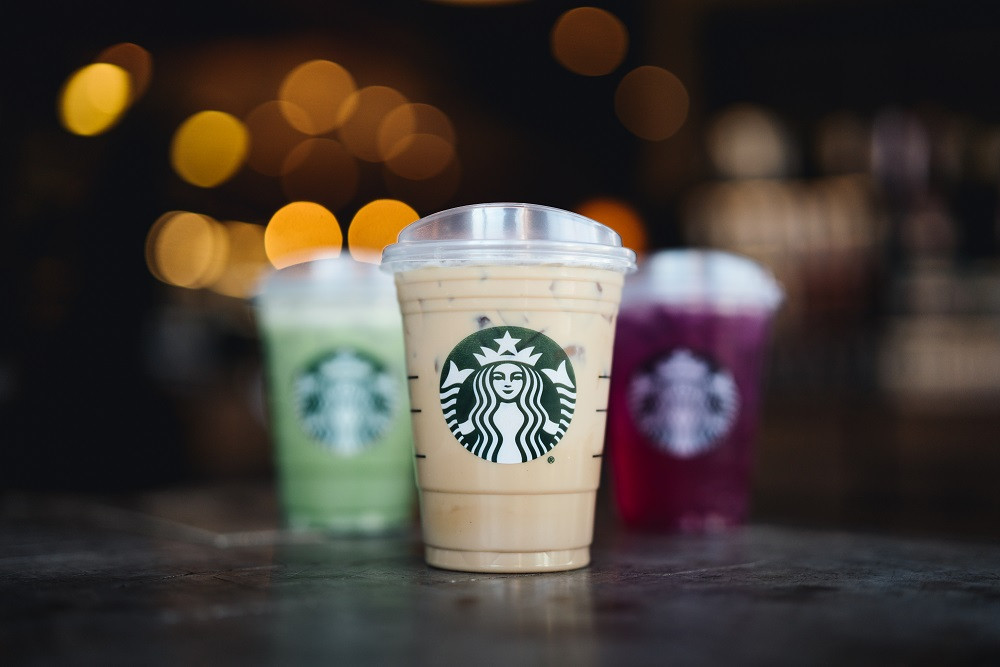 From the annual #theredcupcontest heralding the holidays to the Tweet-a-coffee campaign, Starbucks has done a venerable job of engaging with its customers on social media and encouraging them to share their Starbucks moments.

The ‘Meet Me at Starbucks’ social media campaign in 2014 gave customers the chance to win free coffee for a year in exchange for sharing their ‘How We Met’ story.

User-generated content is social media gold for businesses; it’s free and it means their customers are engaging with them organically. On the flipside, there are cases where internet trolls seize upon Starbucks’ loyal social media following to craft unbelievably believable fake campaigns that go viral at the drop of a hashtag - #fakenews. Here’s a round-up of Starbucks’ best and worst fake campaigns.

To celebrate the release of her new single, ‘ME!’ featuring Panic! at the Disco frontman Brendon Urie, Taylor Swift superfans created a fake campaign on social media telling the Twitterverse that if they screenshot themselves listening to the song on Spotify or Apple Music or show the barista they’re streaming it they’ll receive a frothy pink drink at Starbucks for free.

I actually thought this was fake but rah I got one. Anyways #MEOutNOW #TaylorSwift #MEBUCKS pic.twitter.com/93uYH5dCU4

The drink pictured in the fake flier looks a lot like the Unicorn Frappe launched in April 2017, a limited-edition pink and blue sweet treat made with mango syrup.

A number of Twitterers reposted the graphic along with the supposedly free drink they wrangled using the hashtag #MEBUCKS, but nobody seemed able to get the same drink as the one pictured. Starbucks maintains that it’s a hoax.

It might seem like harmless fun, but it certainly puts Starbucks baristas in the uncomfortable position of telling customers eager for a free drink that they will, in fact, have to pay.

Earlier this year, Lady Gaga fans, known as “Little Monsters,” launched a similar fake campaign to help ‘Shallow’ from A Star is Born top the Billboard charts. Fans circulated the fake #SHALLOWBUCKS deal calling for people to post screenshots of themselves listening to the song to get a free beverage.

2. Undocumented immigrants get 40 percent off

A trolling campaign originating on imageboard website 4chan was designed to lure undocumented immigrants to “participating Starbucks locations” for 40 percent off any Grande cold beverage on August 11, 2017 in a campaign dubbed “Dreamer’s Day.” One commenter said it was the best name because “liberals love that term down here in SoCal.” 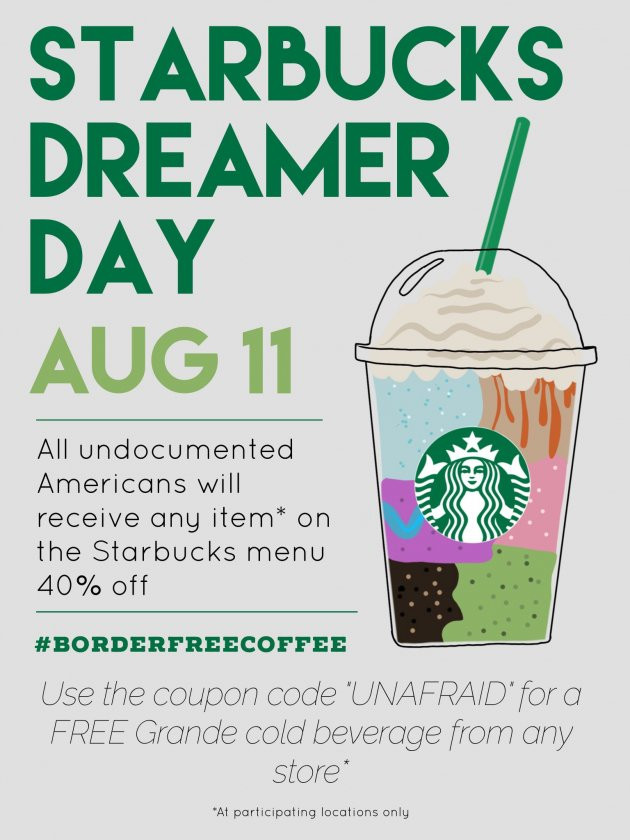 The internet trolls planned to call US Immigration and Customs Enforcement to trap the illegal immigrants who had come for their free drink. Using the #Borderfree coffee, the meme creators played on Starbucks’ decidedly liberal brand identity and resist-Trump zeitgeist to make it seem plausible, with another poster inviting people to “Help Starbucks Fight Bigotry.” To get the free drink, the poster directed people to use the coupon code ‘UNAFRAID.’

3. Fake coupons for ‘People of Color’

Following the widely criticized arrest of two black men who were waiting for a friend to arrive at a Starbucks in Philadelphia last year, online busybodies created fake coupons for ‘People of Color,’ purportedly as part of an apology campaign by the coffee chain. Fliers bore conciliatory messages like “We’re sorry” and “The best dialogue starts over a cup of coffee, and we’d like to buy you one.”

@Starbucks FYI there’s a fake Starbucks coupon being distributed on 4chan you guys might want to get ahead of pic.twitter.com/TLAXjNOA6h

In one version, the fine print reads: “Limited to persons of African-American heritage and/or identity at time of exchange.” The fliers also reference Starbucks’ announcement that it would close all of its store nationwide for racial bias training on May 29 last year. However, a Starbucks rep told Business Insider the coupons are “completely false and in no way associated with Starbucks.”