What do Apple, KFC, Johnson & Johnson, and Coca-Cola Have in Common?

CS mistakes can hurt a brand. But apology campaigns can make or break your PR 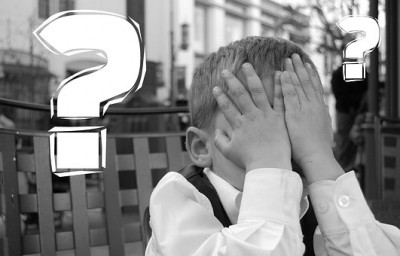 “It’s not my fault it’s not working out, it’s yours,” said boyfriend to girlfriend, girlfriend to boyfriend, or United to newly acquired Delta customers (yeah).  Saying sorry can be an uncomfortable task, and many people may even take the opposite approach. An effective apology usually involves admitting you were wrong, feeling some level of guilt, and promising to take action in an attempt to rectify the situation. That doesn’t include an insincere “let’s move on text” or a 20-dollar meal voucher accommodation in exchange for a 48 hour delayed and downgraded flight (@United). Exceptional customer service can be a difficult task and mistakes can be made. However, the potential life-time value of a customer doesn’t disappear because you make a mistake, or a communication blunder. It’s what you do after the mistake. Here are a few brands that did it right.

If you’ve ever heard a Taylor Swift song, you would probably know that getting on her bad side could be crippling PR. Swift boycotted Apple Music a couple years ago after the service offered three free months to customers, without paying artists. After posting about it on Tumblr, senior vice president of internet software and services, Eddy Cue responded on Twitter with an apology and a statement that it would change the policy and pay the artists appropriate rates. Apple’s solution was costly financial, but it also involved responding to an actual person in a very public manner. With so many customers questioning whether brands truly listen to their feedback, Apple’s approach was quite refreshing.

We hear you @taylorswift13 and indie artists. Love, Apple

The brand left with support from some of the biggest celebrities in the world, and even more importantly, the millions of people who constitute the brand’s cult following. This was a trade-off that Apple had to make.

When KFC ran out of its most important ingredient, chicken, and had to temporarily shut down its 900 restaurants in the UK, angry customers, as always, turned to itchy Twitter fingers. Risky yet strategically brilliant, KFC apologized in a comically self-deprecating way. It took out a full-page ad in London newspapers that simply showed its signature chicken bucket with a re-worked logo (“FCK”) paired with a brief explanation of the problem and a vow that it wouldn’t happen again. 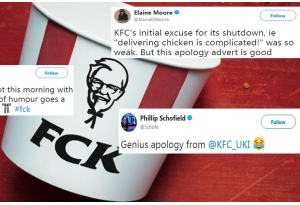 Giving a personality and face to a brand after a tragic mistake such as mismanaged inventory can prove extremely effective when it comes to retaining unhappy customers. When dealing with an apology/remedy strategy, it’s important to consider the industry and product placement in the consumer’s mind. KFC didn’t have to hand write letters to millions of mourning customers over a temporary lack of chicken. The brand simply had to admit its mistake, while appealing to customers’ senses of fun and humanity. That is exactly what it did.

Supply issues are a common mistake that customer service teams and marketing departments have to rectify. However, public solutions across industries vary... because they have to. Perhaps one of the best ways to apologize is to sing it. In 2010, a line of O.B. tampons was abruptly taken off the shelves after inventory issues, and customers were furious. Johnson & 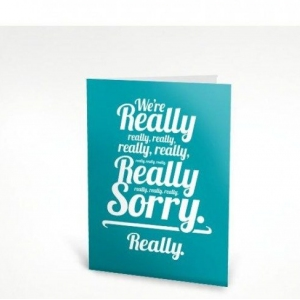 Johnson, O.B.’s parent company, sent a personalized apology song to all 65,000-plus women in the company’s database with their name in the song. O.B.’s product has a greater lifestyle impact than KFC, and the brand’s apology effectively reflected that. In all, the company made songs for 10,000 different names. Customers could easily share the video on social media, which helped O.B. turn a potential PR disaster into a legendary digital marketing win.

Public apologies and individualized clever marketing practices can only get you so far. In 2015, media reports accused Coca-Cola of financing biased obesity research that attempted to disprove the link between obesity and diet and shift the problem to lack of exercise. Coca-Cola CEO Muhtar Kent responded in a Wall Street Journal op-ed: “I am disappointed that some actions we have taken to fund scientific research and health and well-being programs have served only to create more confusion and mistrust.” Admitting the company’s error was important. 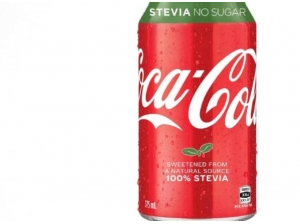 Some crisis management solutions provoke emotions (like humor) to ease the situation. Some leverage their social media campaigns and influencer marketing. And some opt for trade-offs, investments, and accommodations to regain trust. What worked for Coca-Cola was a commitment to increasing transparency in research. The brand also emphasized low-sugar and low-calorie offerings to combat the overall obesity problem. When problems arise, publicly acknowledging them and taking action should always be the goal in helping customers forgive and forget. 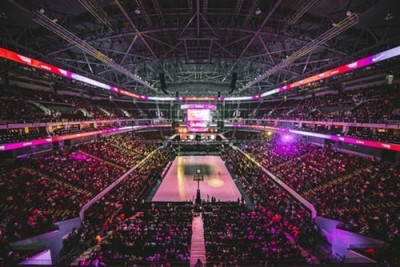