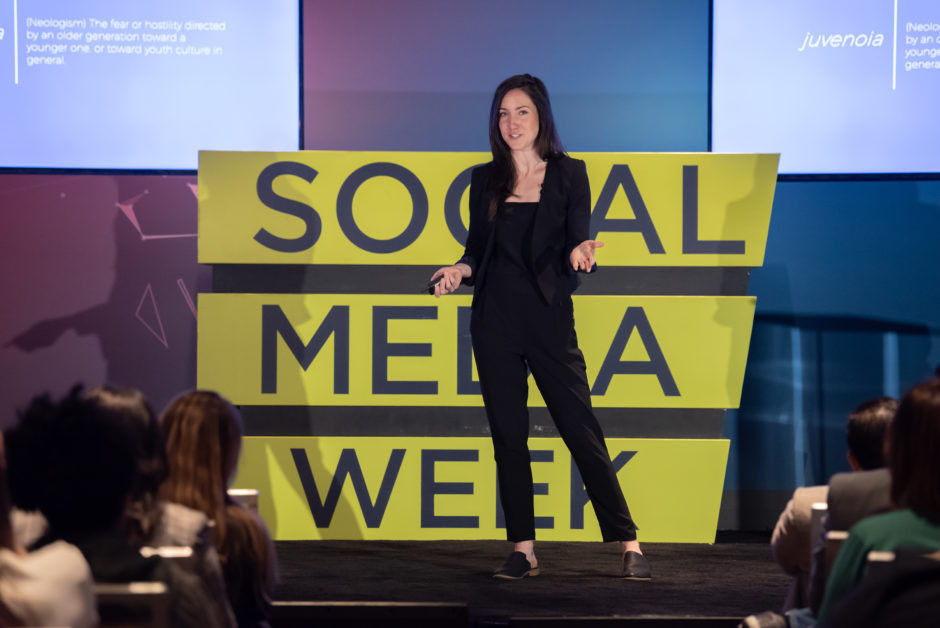 Brands pandering to Millennials and Gen-Z are commonly urged to “take a stance” on bipartisan landmines like gun control, immigration and LGBTQ equality, which is enough to make any CEO’s hair curl.

However, as long as business leaders are sincere about it, brands can take up anodyne causes like water conservation, feeding hungry children or voter registration drives as part of their business-as-usual marketing efforts. Done right, consumers will start to associate the brand with a social cause, such as Starbucks = sustainably sourced coffee beans.

Other brands use the cause itself as a differentiator. For instance, lingerie brands Lane Bryant and Rihanna’s Savage x Fenty promote diverse models and products that appeal to different shades and sizes.

Likewise, handmade cosmetics brand LUSH sells a third of its products packaging-free (or what fans call “naked”) and has begun opening completely Naked shops where all products are plastic packaging-free.

“Gen-Z for us is defined as anyone born before 1997, the oldest of which are 22 right now – and it’s the largest generation ever,” Mary Noel, director at DoSomething Strategic, said at Social Media Week New York. “By some estimates it’ll be 40 percent of all consumers in 2020 with an estimated $403 billion of purchasing power.” 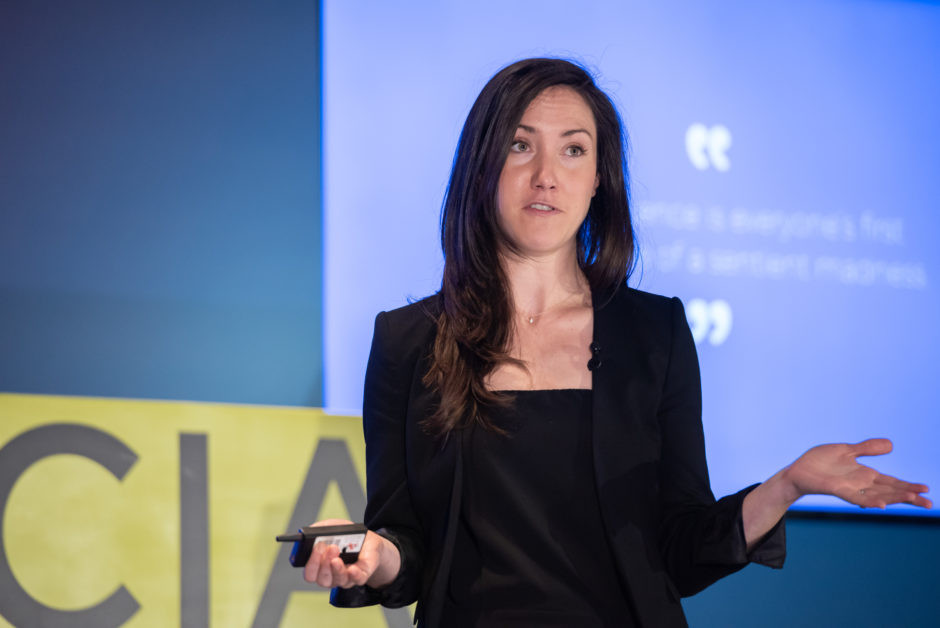 In her talk, Noel offered four ways for brands to tactfully connect with Gen-Zers through social causes.

As Noel put it, “checkbook philanthropy is dead.” Today’s consumers prefer to donate sweat equity over monetary contribution. “Almost half of young people say, ‘we don’t just want to know you’re doing good; we want to play a role.’"

Swedish clothing retailer H&M encourages shoppers to donate their old clothes to be reused, recycled, or reworn and receive 15 percent off their next in-store purchase, but the brand noticed donations at its US stores lagged behind its outlets overseas.

H&M launched a competition on college campuses to encourage 100,000 donations in eight weeks. “Sixty percent of young people volunteer because their friends are doing it,” said Noel. “FOMO is powerful, but also people want to win.”

Even when it comes to prickly issues, brands can walk the talk with well-meaning gestures. In a bid to alleviate Islamophobia, anti-Muslim speech and rising hate crimes, DoSomething launched the ‘Sincerely, Us’ campaign, sending over 44,000 handmade cards to every single mosque across the USA wishing the worshippers well during Ramadan. 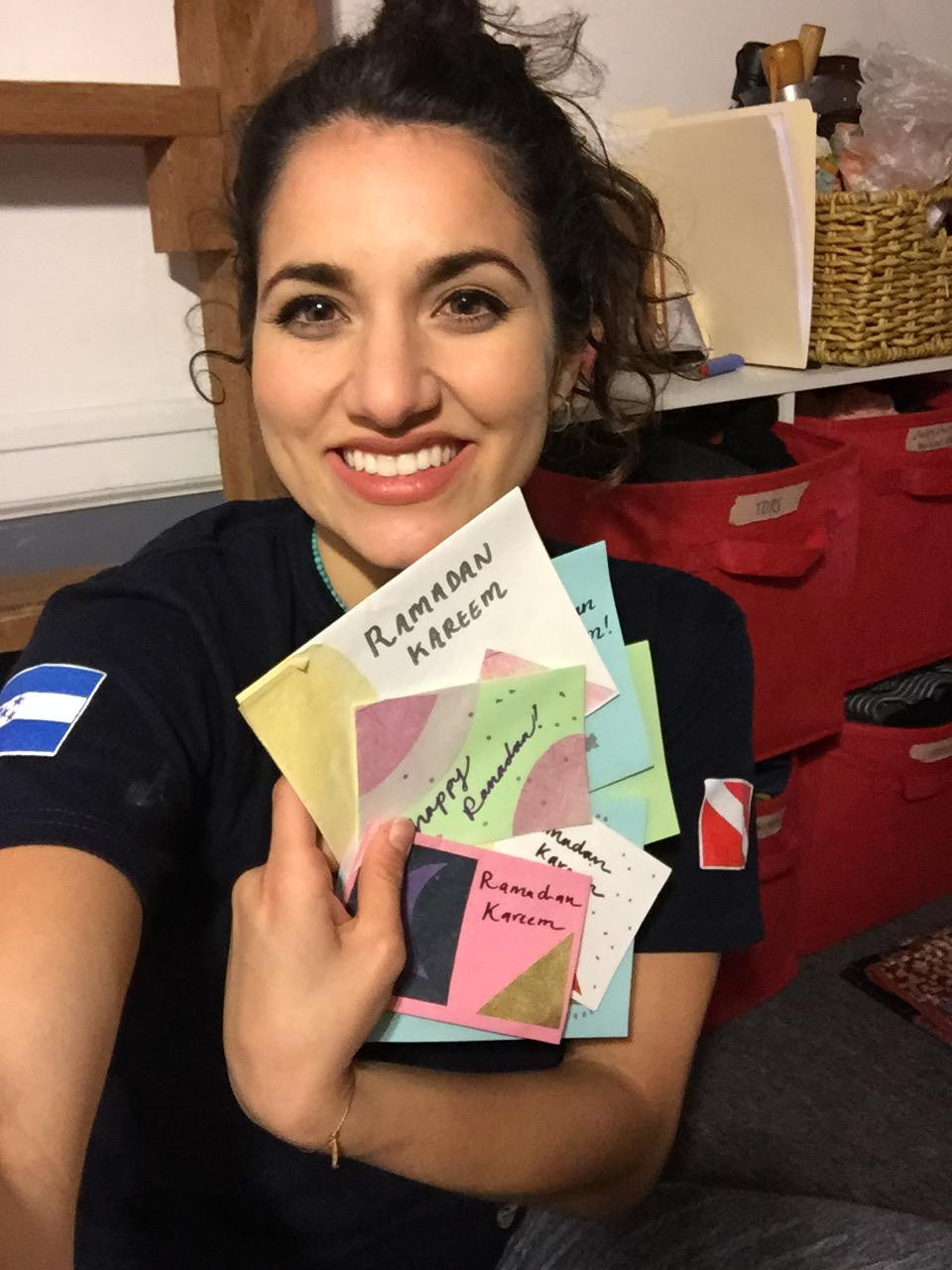 “That was powerful because it not only started to build bridges but it lasted,” Noel recalled. “We had mosques across America that sent back Christmas cards in December.”

2. Meet Gen-Z where they are

Engaging teens in social causes on apps they already use is a hit strategy for brands. In 2016, The Body Shop partnered with Tinder on ‘Help Reggie Find Love,’ a digital and in-store campaign designed to raise money to restore wildlife corridors in the Khe Nuoc Trong forest in Vietnam, where endangered gorillas like Reggie struggle to find a mate.

By browsing Reggie’s dating profile like they would any other user, Tinderers could learn more about the platform, and proceeds from in-store purchases at The Body Shop would go towards regenerating one square meter of rainforest via Bio-Bridge.

Meanwhile, every year on September 4, Beyoncé’s birthday, Spotify users are invited to build a five-minute playlist of Queen B’s tunes, ideally to serve as a five-minute timer to encourage people to take shorter showers for water conservation.

After running a campaign called Teens for Jeans, DoSomething discovered that text messaging is most effective at garnering responses among the younger demographic. Stats show that ⅓ of the homeless population is under 18, says Noel.

“We called homeless shelters and said: ‘What is the one thing that young people really need, what is their top-requested item?’ We thought it would be a phone or something like that, but it was a pair of jeans.”

In January, the company launched a four-week campaign for people to donate gently used jeans to a major retailer. They sent what they thought was a rousing call-to-action over email, only to receive a grand total of 89 responses.

“We texted the same message – 3,500 responses within the same amount of time as an email,” said Noel. “Text for us was 11-40 times more effective and it continues to be.”

Given the high response rate over text message, Noel says they were able to clothe half of America's under-18 homeless population in just four weeks with jeans donated by DoSomething members.

When a major beauty brand tapped supermodel Kate Upton to promote its new cosmetics line, it failed to realize that the majority of her Instagram followers are men, and the campaign flopped. Influencers not only need to have the right following, but the collaboration needs to jive with their organic posts, otherwise it jars.

When Clean & Clear sought to launch a new skincare line for teens, the Johnson & Johnson brand tapped teen YouTube stars Brooklyn and Bailey McKnight to call shots on the packaging, ingredients, textures and even product names for the foaming cleansers, exfoliating bars and toners.

“It was really how do you not only use influencers but, how do you engage them in the process and provide ownership in a way that makes it even more authentic?” explained Noel.

Gen-Zers are growing wary of “hashtag-only” campaigns that stay on social media, with little to no follow-up IRL. Rather, young people prefer to be given tangible ways to engage, says Noel.

“Number one is talk to friends, share at school, speak up, put up a poster – obvious things that are a little bit more old-school.”

Campus ambassador programs continue to be huge sources of new customer acquisition for brands like CourseHero, Delta Airlines, Coca-Cola and even Ford.

The younger generation also prefers when brands engage with them in a 1:1 context, rather than through an impersonal firehose of mass advertising. In 2017, CoverGirl created a chatbot, which mimicked the voice of then-16 year old dancer and TV personality Kalani Hilliker through Kick, which increased purchases by fourteen times through engagement with the chatbot.