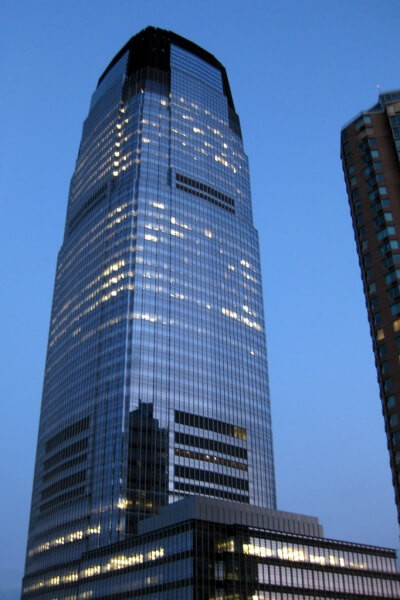 Looking to dispel the popular perception of big banks as elitist bastions that are all take and no give, Goldman Sachs, a 150-year-old firm serving HNWIs and institutions, launched a “customer-oriented” digital bank in 2016.

It was Goldman’s first foray into the retail and consumer markets, aimed at reimagining banking minus the traditional pain points -- gleaned from interviews with over 100,000 potential customers.

For a staid institution that had never advertised nor even displayed its name on its office buildings around the world, it meant investing in branding and advertising for the first time ever. Enter Marcus by Goldman Sachs, a digital-only bank designed to alleviate pain points normally associated with traditional banking.

“The personal loan category has a lot of pain points and because we were building this from scratch we had the benefit of being able to develop our product accordingly,” Dustin Cohn, head of brand & marketing of the consumer investment management division at Goldman Sachs, said Tuesday at Advertising Week New York. 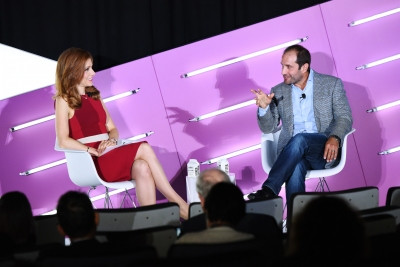 Marcus’ services target what Cohn calls a “mass affluent” audience, meaning those who make $75,000 or more. With the tagline ‘On Your Side’ and ads featuring a diverse set of people struggling with child rearing, paying bills, and showing up day after day, the brand is making a bold attempt to step out of its ivory tower. To date, the bank has amassed $30 billion in deposits and almost $5 billion in loans.

“Debt happens. It’s how you get out of it that counts,” claims the campaign slogan, designed to convince the financially well-off that they’re not alone in their struggle with debt, and that given their high earning potential and good credit scores, they’ll be OK in the end. Yes, in case you’re wondering, it’s a riff on “S**t happens.”

“We needed to disarm people with a little bit of humor and some of the comedic life moments where your roof is leaking, your car needs new transmission or your washing machine breaks,” Cohn said of the ads.

Launching a startup within a 150-year-old Wall Street firm

Marcus essentially launched as a startup with the financial and brand cushioning of Goldman Sachs – a third of its employees are ex-Goldman Sachs staffers, one-third are veterans of the financial services industry, and the remainder are marketers like Cohn from a range of industries brought on board to breathe new life into the marketing strategy of a legacy financial firm.

While designing the concept for Marcus, the team interviewed 100,000 potential consumers to understand their perceptions of a traditional bank.

Focus group footage shows people saying things like: “Taking your money and making profit and giving you a half of 1 percent or less,” and “They talk to you like you’re nothing, like they’re doing you some kind of grand favor when they’re not because that’s your money.” 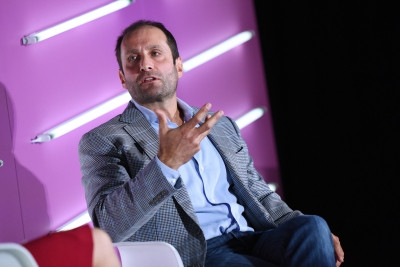 While launching a fully digital business, the team was aware that a major pain point for customers of virtual banks is the inability to contact a live person. Cohn said they launched a dedicated onshore call center with no IVR, where an agent is allegedly guaranteed to answer the phone within 30 seconds.

Once, during a call listening session, Cohn overheard an agent pick up the phone when the caller started giggling. The agent asked the caller if everything was OK. She said, “I really shouldn’t tell you this, but I’m in the bathroom. I didn’t expect you to pick up the phone, I thought I’d be put on hold for eternity.”

“Surprising and delighting people and building brands with these sorts of moments is key,” said Cohn, who said the essence of establishing a brand from scratch is in the service you provide, not visual aesthetics.

Sixty percent of consumers are unaware of the interest rate on their savings account (which can be as low as 0.03 percent), while 77 percent don’t know that they can use a personal loan to pay off credit card debt at a lower interest rate.

“We are working on content to educate consumers and whether or not they buy our products, we know we are helping to solve a pretty big issue in the financial services industry, which is a lack of information and awareness.”