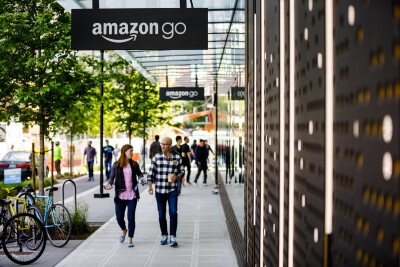 Unbeknownst to most shoppers, Amazon quietly rejiggered its search algorithm late last year to prioritize product listings that would boost profits for the company’s retail division.

This includes Amazon-branded goods and listings from third-party sellers that are considered more profitable to the company after accounting for fixed costs like shipping and distribution, the Wall Street Journal reports.

If this sounds like a classic example of a company shooting itself in the foot by tarnishing the very thing that made it successful in favor of short-term profit, you might be right. According to McKinsey, 35 percent of Amazon’s revenue is generated by its recommendation engine.

Amazon's value proposition is about understanding its customers

Customers trust the algorithm because it’s based on their purchase intent, which is extrapolated from their purchase history, previous engagements with search results and the product’s text match relevancy. Data-driven marketing is a linchpin of Amazon's value proposition.

Until now, profit was never among the over 100 variables the recommendation engine uses to curate search results each time a customer enters a search term.

Now, there’s a new variable: what the company calls “contribution profit,” considered a better measure of a product’s profitability because it factors in Amazon’s non-fixed costs, such as shipping and advertising.

“Amazon’s private-label products are designed to be more profitable than competing items, said people familiar with the business, because the company controls manufacturing and distribution and cuts out intermediaries and marketing costs,” Dana Mattioli writes in the Wall Street Journal.

When CX and profit are at odds

The changes to the algorithm followed a yearslong battle between the executives running Amazon’s retail business in Seattle and the company’s search team, dubbed A9, in Palo Alto, CA.

“This was definitely not a popular project. The search engine should look for relevant items, not for more profitable items,” one person familiar with the project told the Wall Street Journal on condition of anonymity.

The profit-centered move on Amazon’s part reeks of the short-lived faux pas in 2014, when the Washington Post, newly acquired by Amazon CEO Jeff Bezos, began featuring Amazon-linked ‘Buy It Now’ buttons in articles referencing popular novels, like Charlie and the Chocolate Factory.

Competing objectives at the heart of Amazon's business model

Arguably, the nature of Amazon’s business creates a conflict of interest – it operates as both a retailer and online marketplace – and is now being investigated by anti-trust regulators in the European Union.

The retail arm is concerned with selling its own private-label goods while also providing a competitive environment for third-party sellers to gain exposure and new business.

Amazon’s success as an online marketplace is contingent on the diversity and quality of sellers, while the success of the retail business hinges on shoppers buying Amazon’s own-brand items, which carry a higher profit margin. Currently, Amazon’s private-label business represents about 1 percent of its retail sales.

Retail executives argue that grocery-store chains and drugstores stock their own private-label products alongside national brands and promote them in-store. A9 executives hit back, claiming that such a change would conflict with CEO Jeff Bezos’ “customer obsession” mantra.

However, shopping on the web is different from browsing in-store. While it’s true that shoppers are more likely to select items positioned at eye-level, the stakes are much higher online.

Data from marketing analytics firm Jumpshot shows that two-thirds of product clicks are from the first page of search results, meaning that a product’s ranking on Amazon can make it or break it.

According to Amazon’s own data:

Currently, external sellers can and do sponsor items, but they’ll be jostling for less space – which, logically speaking, would drive up the cost of sponsorship.